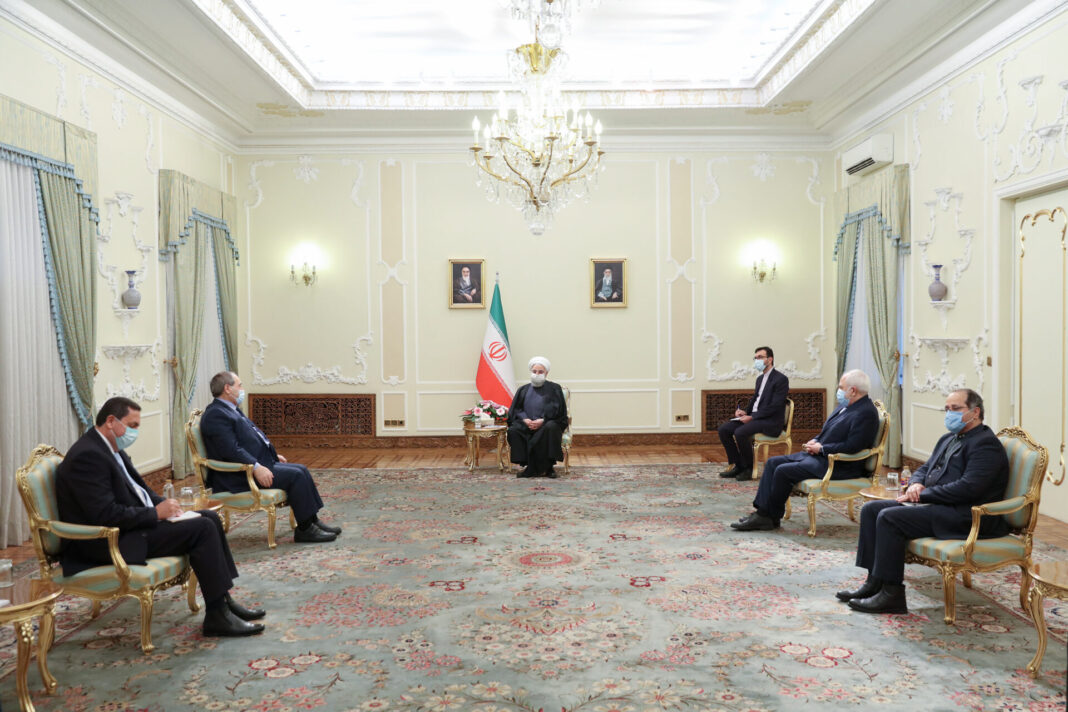 “Israeli occupiers must be fought until occupied territories, including the Golan Heights, are liberated,” Rouhani said in a meeting with visiting Syrian Foreign Minister Faisal Mekdad in Tehran.

“Accordingly, Iran believes the trend of Astana talks is fruitful for ensuring Syria’s interests and territorial integrity, and seriously pursues it,” the president noted.

Rouhani praised Syria’s move to reform the country’s Constitution, expressing hope nationwide elections will be held in Syria next year.

“The main objective of terrorism and sanctions is to put pressure on nations as well as independent and legitimate governments in the region. So, we completely understand the condition of Syrian people vis-à-vis sanctions as we have experienced the worst sanctions over the past three years,” he said.

President Rouhani then said Iran regards Syria as its strategic ally and will continue to stand by the Syrian nation and government until they achieve final victory.

The top Syrian diplomat, in turn, described Tehran-Damascus ties as very valuable, expressing hope nationwide elections will be held in his country next year.