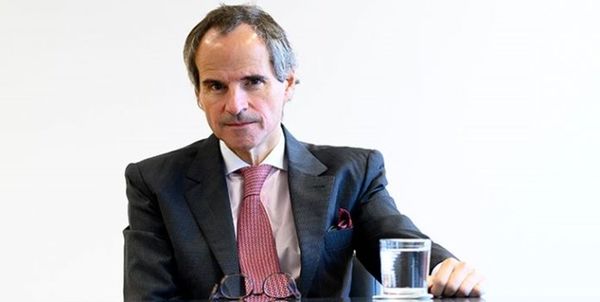 Behrouz Kalamvandi, the spokesman for the Atomic Energy Organization of Iran, AEOI, says the International Atomic Energy Agency’s Secretary General Rafael Grossi is arrivimng in Tehran later on Saturday for a one day visit.

Kamalvandi said Grossi will meet the AEOI’s head Mohamams Eslami on different issues including Tehran’s cooperation with the IAEA on Sunday.

Kamalvandi said Grossi will leave for Vienna after talks with Eslami. Reuters has cited the IAEA as saying that the agency informed member states this week there had been no progress on two central issues regarding explaining uranium traces found at several old, undeclared sites and getting urgent access to some monitoring equipment so the agency can continue to keep track of parts of Iran’s nuclear program as provided for by the 2015 deal.

Iran has said all its nuclear activities are legal and within the framework of the Nuclear Non-Proliferation Treaty. It also says it won’t allow IAEA inspections of its sites beyond the Safeguards Agreement.

Meanwhile, Iran’s President Ebrahim Raisi has warned the IAEA over the consequences of its “unconstructive” attitude towards Tehran. Raisi said the IAEA approach could derail talks to fully revive the Iran nuclear deal.

Western members of the agency must decide whether to push for a resolution criticizing Iran over the IAEA’s claims at next week’s meeting of the agency’s 35-nation Board of Governors. A resolution could endanger talks on the nuclear deal.