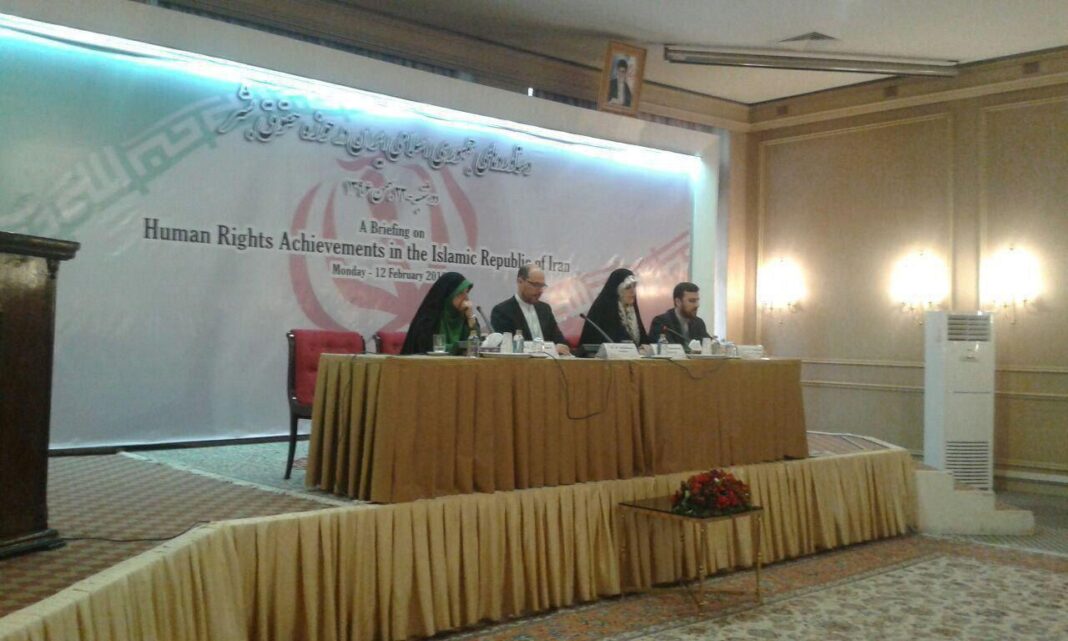 Iran has held a briefing for Tehran-based foreign ambassadors to make them familiar with the human rights achievements in Iran.

The briefing held on Monday was aimed at unveiling the latest developments and progresses made in the field of human rights in Iran.

Held in the building of the Iranian Foreign Ministry’s Centre for Political and International Studies, the meeting was attended by Masoumeh Ebtekar, the Iranian Vice-President for Women and Family Affair; Shahindokht Molaverdi, the President’s Special Assistant for Civil Rights; Justice Minister Alireza Avaei as well as a number of Iranian lawmakers and Deputy for International Affairs of the Human Rights Council of Iran’s Judiciary, Kazem Gharibabadi.

The briefing was held in two separate parts presided over by Deputy Foreign Minister for Legal and International Affairs, Gholam-Hossein Dehqani.

In the first part, Vice-President Ebtekar took the podium elaborating on the latest achievements of Iran in various fields relating to women and family affairs with a focus on empowering Iranian women.

Then, in an address to the briefing, Molaverdi discussed different aspects of Charter on Citizens’ Rights including its development and implementation. She also discussed a mechanism to exercise supervision over the implementation of the charter.

In the second part of the briefing, Justice Minister Avaei highlighted Iran’s achievements in children’s rights. He noted that Islam and the Iranian society attach huge importance to the children.

Then, the representative of Assyrian and Chaldean Christians in the Iranian Parliament, Yonathan Betkolia, elaborated on the achievements of the Islamic Republic of Iran on minorities’ rights.

For his part, Head of Iranian Parliament’s Commission for Legal and Judicial Affairs, Allahyar Malekshahi, talked about the commission’s efforts as well as the policy of the Islamic Republic for fight against drug trafficking. He also referred to the reforms made to the policy and efforts to implement the new policy in fight against drug trafficking.

At the end of the meeting, the chairman of the briefing, Gholam-Hossein Dehqani, wrapped up the discussions made during the first and second part of the meeting.

“All the existing evidence indicates that the move by certain states to draft human right resolutions against Iran, and the appointment of special rapporteurs on the situation of human rights in the Islamic Republic are politically motivated and would not promote human rights situation in the country.”

He went on to say that such resolutions would only fuel the distrust of international human rights bodies and cast doubt on the legitimacy of the UN in this field,” he concluded.

During both two parts of the meeting, a number of Tehran-based foreign ambassadors and delegates expressed their views on the topic and the views expressed by the speakers.