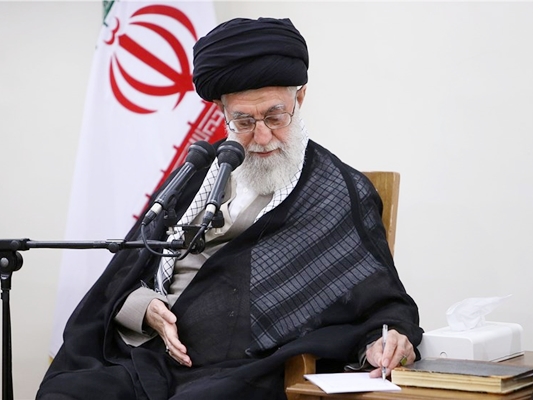 Leader of Iran’s Islamic Revolution Ayatollah Seyyed Ali Khamenei says the net result of the Wednesday’s terrorist attacks in Tehran is nothing but more hate for the US and Saudi governments.

In a message on Friday, Ayatollah Khamenei condemned the terrorist attacks on the mausoleum of Imam Khomeini, the late founder of the Islamic Republic, and the Iranian parliament as “a clear sign of the evil hostility of the stooges of the arrogant (powers) toward the dignified Iranian nation and whatever related to the Islamic Revolution and Establishment and its late leader”.

The Leader also offered condolences over the deaths of a number of Iranian people in the twin attacks.

The following is the full text of the statement by Ayatollah Khamenei:

The terrorist incidents – which occurred in our late Imam’s Holy Shrine and in the Islamic Consultative Majlis on the 12th day of the auspicious month of Ramadan, leading to the martyrdom of a number of dear individuals, while they were fasting, and the injury of an even greater number of people – is a clear sign of the vicious grudge and enmity of arrogant mercenaries towards the dignified people of Iran, and towards everything that is related to the Revolution, to the Islamic Republic, and to its late honorable leader.

Such crimes – which are suggestive of the malevolence and at the same time lowliness of the perpetrators – are too trivial to undermine the determination of the Iranian nation. The definite outcome of such course of action is nothing but an increase in hatred towards the US government and its agents in the region – the likes of Saudi Arabia.

The Iranian nation will move forward with unity and with firm determination, God willing. I wish to commemorate the martyrs of this incident, and I express my congratulations and condolences to their families. I ask Allah the Exalted to cure the injured and the casualties of this incident.