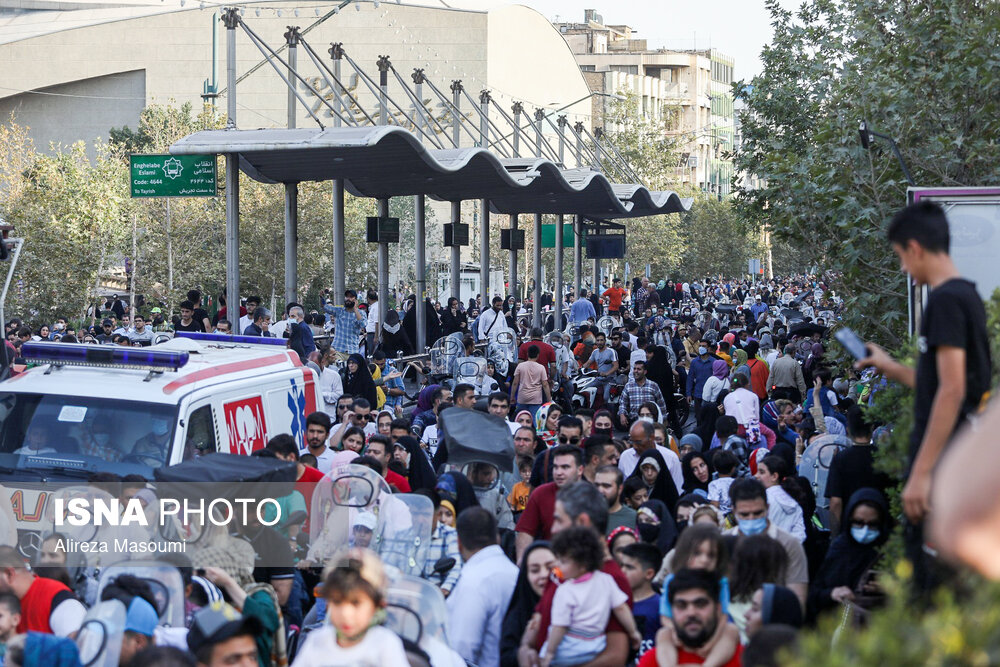 A heated debate has been underway in the Iranian press over the holding of a massive public gathering in the capital, Tehran, attended by millions of people, to celebrate the joyous occasion of Eid al-Ghadir earlier this week.

On Monday, Iranians marked Eid al-Ghadir, which marks the day when Prophet Mohammad appointed Ali ibn Abi Talib, the first Shia Imam, as his successor and the leader of Muslims some 14 centuries ago.

During the festivities, which were the first of their kind in Iran, various ceremonies were held along the road, while different sweets, beverages, and food were distributed among the jubilant participants.

Iranian police had closed the street, the longest in the Middle East, for that purpose.

Iran’s Jomhouri-e Eslami daily criticized the authorities for staging such a large event, which it described as a “strange phenomenon.”

It pointed to the traffic jam caused by the closure of Valiasr Street in other parts of the capital, saying although holding celebrations is good, this should not lead to any problems for transportation.

The newspaper also highlighted the outbreak of a new wave of Covid-19 infections in the country and said organizing such gatherings are in contradiction with the Health Ministry’s warnings and the health protocols designed to contain the spread of the disease.

“If there are people who seek to exploit such gatherings for PR on the occasion of Ghadir, they should be told not to compromise people’s health in the pursuit of their goals. Even if you organize a 1,000-km festival, you cannot promote and establish the ways of Imam Ali in spreading justice,” it said.

On the other side, however, Iran’s Hamshahri newspaper praised the celebration as an “unexpected epic.”

It said images of the festivities showed people from different walks of the society and from a wide spectrum of viewpoints joined the event, but “what was the common denominator?”

“They were all thirsty for Imam Ali-style justice. They were supporters of the most unforgettable figure of history,” he said.

The daily portrayed the participants in the gathering as supporters of the Islamic establishment of Iran.

Despite all the shortcomings, “the role model for our establishment has been the rule of Imam Ali,” it said.

“We do not consider ourselves as equal to Imam Ali’s rule, but we are moving toward the peak, and there is no other way ahead.”