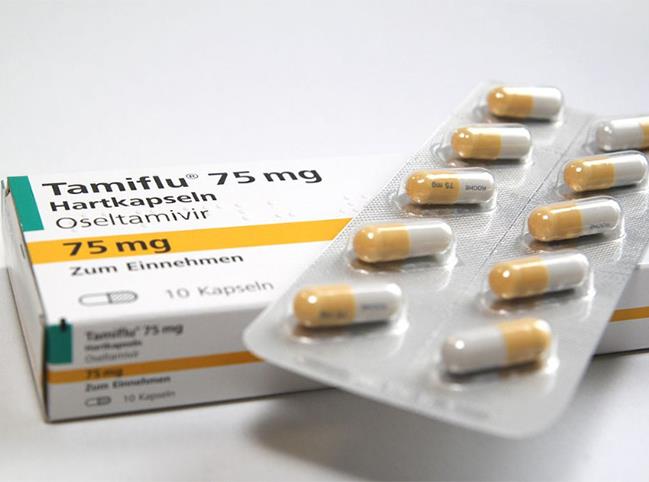 Iran’s health ministry spokesman has announced that studies show the medicine called Tamiflu does not prevent or treat the coronavirus disease.

“The matter was raised in the scientific committees and also discussed in the National Headquarters to Fight against Coronavirus. It was also removed from the COVID-19 treatment protocol,” reads his tweet.

Tamiflu is a prescription medicine used to treat the flu (influenza) in people two weeks of age and older who have had flu symptoms for no more than 2 days. Tamiflu can also reduce the chance of getting the flu in people 1 year and older. Tamiflu does not prevent bacterial infections that may happen with the flu.

Tamiflu belongs to a class of drugs called antivirals. It’s an influenza neuraminidase inhibitor, which prevents the flu virus from multiplying (making more virus) inside your body.

Tamiflu comes in two forms, both of which are taken by mouth. These forms include capsules and a liquid suspension.

Tamiflu is a drug to treat the flu, and it will not protect people from getting the new coronavirus. Researchers internationally have been working to develop antivirals, but at the present time, there is no specific treatment or vaccine.

After a cluster of severe pneumonia cases were reported on New Year’s Eve 2019 in China’s Wuhan, in the Hubei Province, virologists and other public health researchers identified the strain as a novel coronavirus, which was tied to a specific “wet market” in the city of Wuhan, where they sell fish and other live animals.

These markets have been known to transmit viruses before. For cultural reasons in the region, people want to see the specific animals they’re buying be slaughtered in front of them, so they know they’re receiving the products they paid for. As a result, particles of infectious viruses or bacteria can be aerosolised and, in rare instances, jump from animals to people. It’s how SARS, another coronavirus, started in 2003.

Governments around the world have stepped up restrictions on the movement of their citizens to reduce the spread of the COVID-19 endemic, which has killed around 6,000 people globally.