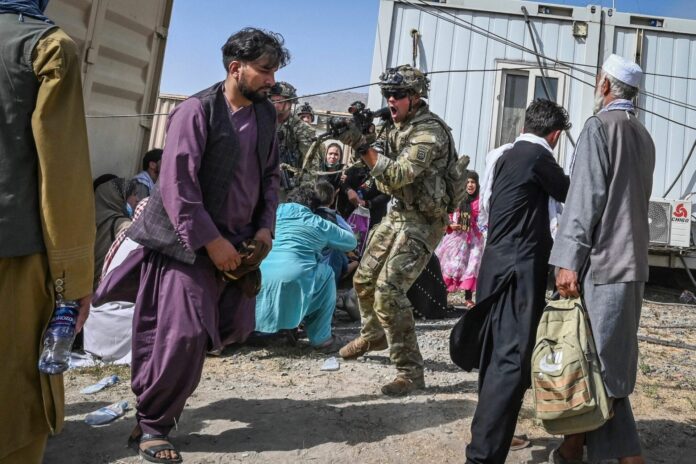 The Taliban announced their plan to lodge a protest with the United Nations (UN) over US forces shooting at the Kabul international airport during the evacuation of Afghans and foreigners in August, resulting in death of Afghan civilians.

“Actions in the vicinity of the airport and in Kabul, in general, resulted in deaths of civilians, including women and children. This is a question of justice, this is against humanity. We insist this should be recognised and we will file a complaint with the UN and other authorities,” Afghan Deputy Minister of Culture and Information Zabihullah Mujahid said.

Last month, the Taliban escalated its offensive against Afghan government forces amid the withdrawal of the US military from the country. After the movement came close to the capital, mass evacuations started, with thousands of Afghans flocking near the airport, hoping to leave before the Taliban comes.

The militants entered the capital city of Kabul on 15 August, declaring that the war is over.

Deadly firefights occurred in the area several times, while on 26 August a suicide bomber attacked the main entrance to Kabul Airport, killing 13 US service personnel and at least 200 civilians. Later, Daesh claimed responsibility for the explosion.