Syria’s Robust Ties with Iran to Develop despite All Threats: Assad 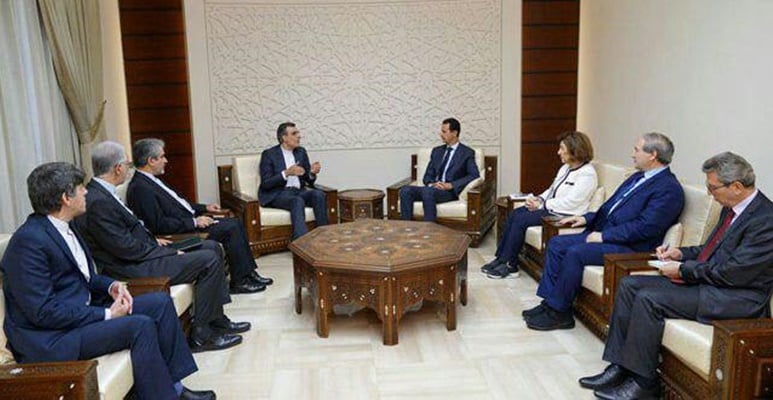 Syrian President Bashar al-Assad says bilateral relations between Tehran and Damascus will continue to develop despite domestic and foreign threats.

Assad made the remarks in a Sunday meeting with Hossein Jaberi Ansari, a senior assistant to Iranian Foreign Minister, who is on a tour of the Middle East as part of the trend of Astana talks.

During the meeting held in Damascus, the Syrian president touched upon some of the domestic and foreign threats facing robust relations between Tehran and Damascus over the past 40 years, and said the ties will continue to develop despite all threats.

The Syrian president underlined that during the war against Syria and Damascus’ fight on terrorism, strategic relations between Iran and Syria gained strength day by day, and these relations, which serve the interests of both sides and the region, will continue to develop at the highest level.

He also noted that victories over terrorists in vast parts of his country have set the stage for progress in the political trend and putting an end to the war on Syria.

Jaberi Ansari, in turn, referred to the latest developments in southern Syria and Syrian army regaining control of large parts of Dara’a and Quneitra provinces, and congratulated the Syrian people and government on the recent gains by Syrian troops.

The Iranian diplomat noted that it is necessary to manage political trends in order to end the crisis in Syria under the current circumstances and in tandem with the gains made on the ground in fighting terrorism. He also presented a report on the latest developments pertaining to the ongoing talks on the Syrian Constitutional Committee.

Jaberi Ansari also referred to the experience of four decades of successful relations and cooperation between the two countries as well as Iran’s backing for Syria in combating terrorism and foreign interference.

“In the most difficult phases over the past forty years, relations between the two countries have been growing, and will continue based on the common interests of both nations and the regional nations as well as the strategic viewpoints of both countries’ leaders,” said Jaberi Ansari.

The two sides also exchanged views on the latest developments on the ground in Syria as well as coordination between Tehran and Damascus at the current stage of negotiations aimed at bringing peace to the Arab country.

During his stay in Damascus, Jaberi Ansari also held talks with Syrian Foreign Minister Walid Muallem, during which the two sides discussed the latest political developments as well as issues related to the Syrian Constitutional Committee.

They also talked about an upcoming meeting which is due to be held in Geneva, Switzerland, between the three guarantor states of the Syria truce and the UN special envoy for Syria as well as the tenth round of Astana talks in the Russian city of Sochi.

The Iranian official also sat down with some other high-ranking Syrian authorities and discussed with them the latest developments on the ground in Syria as well as the country’s political developments. Also on the agenda of the talks were cases pertaining to a committee charged with swapping detainees.

The senior Iranian official leaves Damascus for Beirut tonight, winding up his day-long visit to Syria. 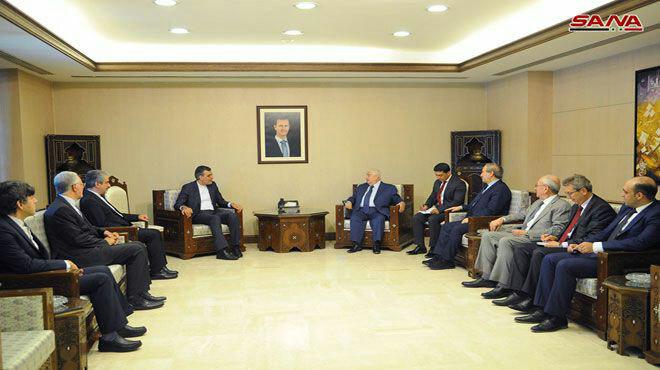