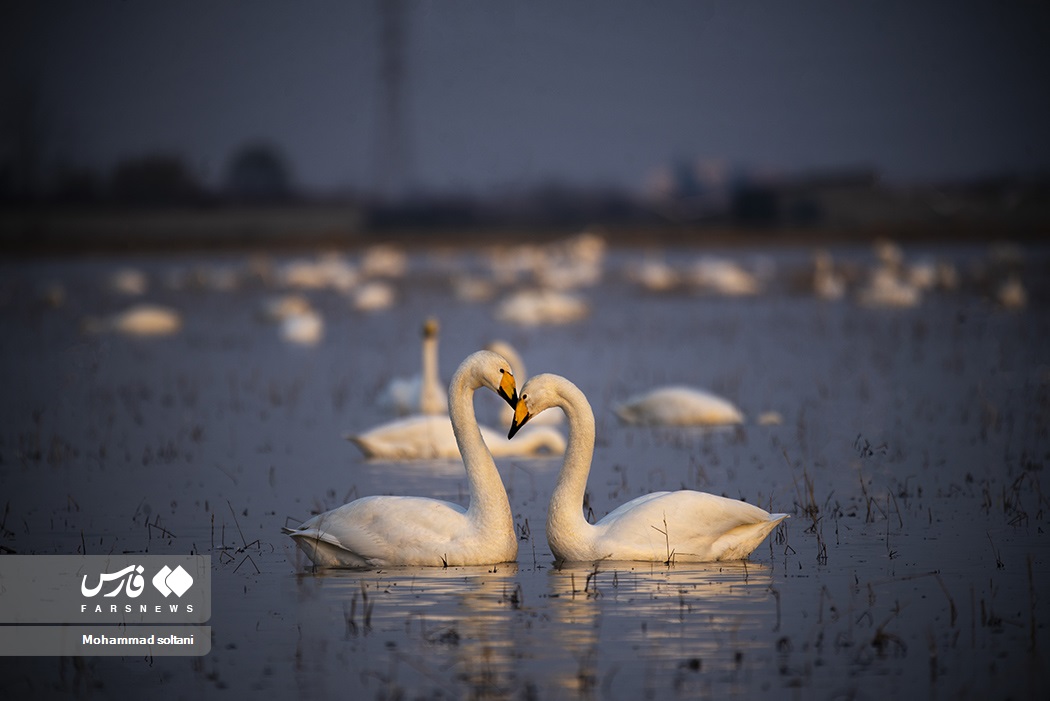 Every year, with decreasing temperatures in the northern Caspian Sea and parts of Siberia, migratory swans with a small population begin to migrate to low latitudes.

Most of the swans enter Mazandaran Province’s wetlands in late December.

In February, when temperatures gradually increase, the swans begin migrating back to Siberia after three months of wintering.

The average number of swans migrating to the wetlands of Mazandaran Province, in recent years was estimated at 2,000 to 2,500. So far this year, about 500 swans have entered Sorkhrud Wetland, and this number is likely to increase in the coming days.

Annually, 1.5 million domestic and foreign migratory birds migrate to the wetlands and reservoirs of the province in northern Iran.