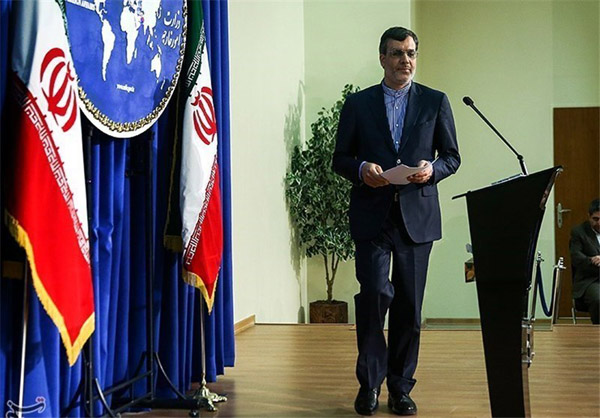 Speaking at a weekly press conference in Tehran on Monday May 6, Hossein Jaberi Ansari said the Foreign Ministry’s policy is to protect the country’s interests on the basis of major foreign policy approaches to the Joint Comprehensive Plan of Action (JCPOA).

The issue of “violation” of the nuclear deal will be discussed at the level of the supreme monitoring committee, which receives reports from the Foreign Ministry and other organizations on the ongoing developments in the process of JCPOA implementation, he added.

Jaberi Ansari also noted that the Foreign Ministry gives priority to subjects such as various dimensions of the removal of sanctions and the resumption of banking ties under the deal, stressing that a set of measures and diplomatic contacts with different countries are underway to make sure the other side is adhering to the deal.

While the JCPOA, the nuclear agreement between Iran and the Group 5+1 (Russia, China, the US, Britain, France and Germany) came into force in January, some Iranian officials complain about the US failure to fully implement the accord.