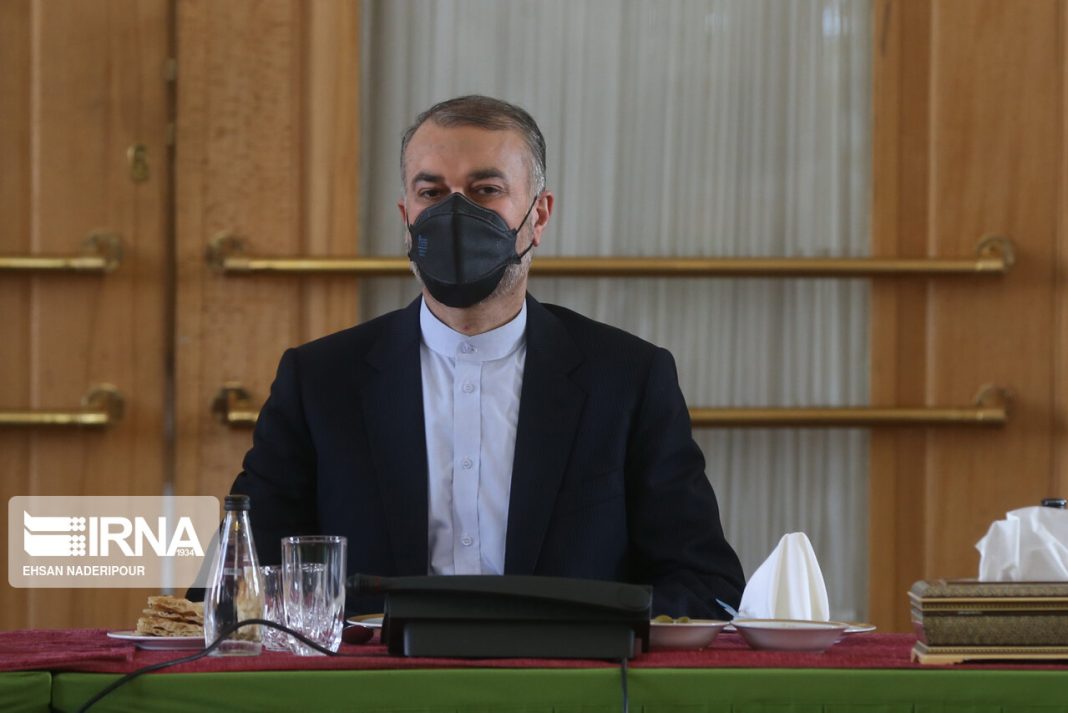 Saeed Khatibzadeh made the comment during his weekly presser on Monday.

Khatibzadeh also said Amir Abdollahian will have consultations with his Russian counterpart on two or three specific topics of mutual interest, with a focus on the developments in Vienna.

“One of the issues that will be discussed during this visit will be Iran’s help in the Ukraine developments. Everyone should help to prevent this war from spilling over to other areas. Eurasia cannot bear larger and more expansive wars,” he said.

Khtibzadeh also addressed the issue of excessive demands during the Vienna talks, saying the current “short pause” in the process is meant for the delegations to return to their capitals, which was based on a request by the coordinator of the JCPOA joint commission.

“We are not currently at the point of agreement, because certain key issues remain open, on which decisions should be made in Washington. As soon as those decisions are made, we will be at the point to return to Vienna and get a final agreement. Currently we are waiting to hear the United States’ response,” he said.

We should not forget what has happened in Vienna means the verifiable return of the US to the JCPOA, and its obligations under the international agreement with commitment.

Khatibzadeh added that the subject of the negotiations has been the United States’ obligations.

He stressed that US President Joe Biden could have reversed what his predecessor Donald Trump did by an executive order, but, “after months of delay and inaction”, he picked the route of the complex negotiations of the JCPOA commission.

Even there, the spokesman said, Biden chose to stick to the “failed legacy” of Trump.

“Today [what happens in] Vienna is a reflection of the past unconstructive behavior of the US. We were not at the point of agreement. Let us get there. Once we get to the point of agreement, we will clearly and openly announce it to the [Iranian] nation. The remaining topics and issues between us and the US require political decision in Washington,” he said.

When these [decisions] are announced to us, we will return to Vienna.

Khatibzadeh added what is said about Russia’s demands has been openly announced by Moscow and Iran has also received its demands, which should be discussed in the joint commission of the JCPOA.

He said all parties to the nuclear deal have floated demands all along, which have been discussed in the joint commission.

“I have clearly said that national interests lay the route ahead of us. The approached of Russia and China have been so far constructive, and among the negotiating parties in Vienna over the past 11 months, have been the most closer to and the most supportive of Iran’s position. We are sure this will continue to the end,” he said.

Khatibzadeh also talked about the negotiations between Iran and Saudi Arabia.

“Our friends in Iraq had announced a date for the fifth round of talks between Iran and Saudi Arabia. This date is not final yet. As soon as it is finalized, and the two sides agree on a date, we will announce it,” he said.

The spokesman also offered explanations on the Sunday attack on the northern Iraqi city of Erbil and the Israeli moves there.

“It is, by no means, acceptable that one of our neighbors, which has deep ties and interactions with us, to be a hub of threats against Iran. The Zionist regime has, time and again, created insecurity [for Iran] from inside the Iraqi soil and some anti-Iranian revolution gatherings in the Kurdistan Region and terrorist groupings have been held. Iran does not tolerate a hub for sabotage and deployment of terrorist groups near its borders, whether by anti-Iran groupings or by the Zionist regime, in the Kurdistan Region,” he said.