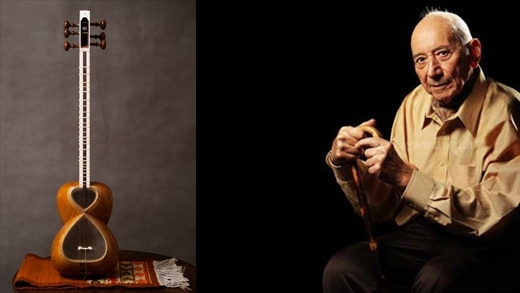 Many of the performances of the festival have drawn admiration from experts, creating fresh hopes that a promising future is awaiting Persian classical music. 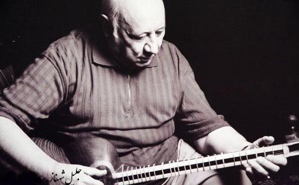 A number of young Iranians representing a non-governmental organization have organized a music festival in memory of Jalil Shahnaz, one of the greatest maestros of Persian classical music and the soloists of tar who passed away in Tehran on June 17, 2013. Isfahan hosted the First National Shahnaz Music Festival featuring two competitive and non-competitive sections.

On January 10, Arman-e Emrooz, a daily, carried a brief report about the music festival. What appears below is the translation of the piece:

“At the Shahnaz Music Festival, some young musicians performed so emotionally and adeptly that I must say they made the soul of Jalil Shahnaz happy. Given the capabilities of the tar [a Persian string instrument], the young artists taking part in the festival superbly played this Iranian instrument, raising hopes that the future of our music will be promising,” Houshang Zarif, who sits on the festival jury, told journalists.

“The festival should receive more support, so that more young artists can take to the stage and perform,” he added.

“The style of [Persian classical] music taught and promoted in Isfahan has qualities which deserve more attention,” Fereydoon Shahbazian, a composer, told journalists on the sidelines of the festival.

Describing as interesting the presence of young artists among soloists and bands at the festival, Shahbazian added, “Fortunately, the young artists taking part in the festival have so far presented great works. Mr. Zarif and I were impressed by the remarkable skill that the young musicians displayed.”

Hailing some of the solo performances as immensely impressive, he said, “Some of the performances have struck me as so remarkable that I can say we can be hopeful about the future of Iran’s music.”