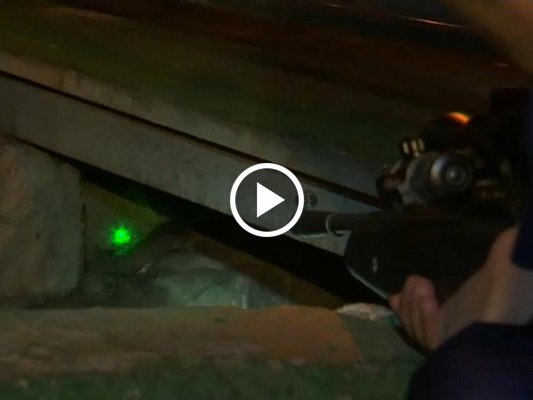 Tehran Municipality is sending sniper squads equipped with night-vision air rifles to solve the capital city’s rodent problem, which seems to have grown to epic proportions as of late.

Tehran has had a decades-long struggle with rats. Tehran’s Urban Animal Control Department, which is in charge of the rat extermination, launched a poison control program in 2000 to keep the rat population down.

However, according to Hamshahri newspaper, the initiative has apparently failed to curb the problem, as the rats show resistance to traditional poisons and continue to become larger and more prevalent.

So now, in addition to chemicals, the municipality has deployed sniper teams for night-time hunting. The sniper teams roam Tehran’s rat-infested streets at night, looking out for rats on the run to take them down.

According to statistics released in 2015, Tehran’s rat population is up to two millions, some of whom are the size of a young cat.

But people fear the real number is much higher, with some estimates running as high as 50 million, outnumbering citizens in Tehran by six times.

Rats in Tehran and other cities are of Norwegian origin. People say they have infiltrated Iran on cargo containers.

Norwegian rats can give birth to 6-12 babies per litter and are able to get pregnant three to five times a year on average.

What follows is a video of the rat hunt in Tehran produced by euronews: