“Smart Pills to Be Used to Treat Diseases in Near Future” 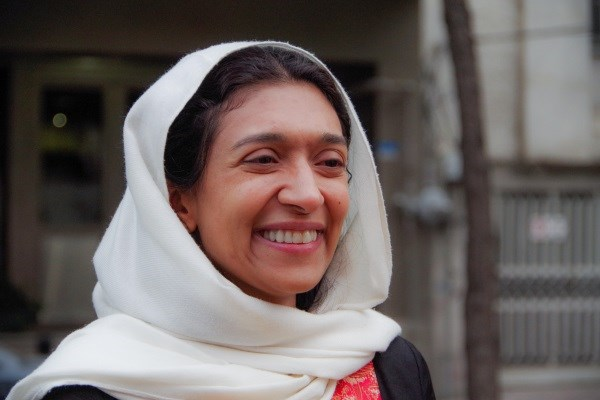 A prominent US-based Iranian researcher says smart pills will be sent into the human body in less than ten years’ time.

Azita Emami, an Iranian professor at the California Institute of Technology (also known as Caltech), has served as the manager of several key projects.

She was a child prodigy when she was a schoolgirl in Iran. She developed an interest in mathematics and physics in high school. She received her BSc in Electronics from the Sharif University of Technology in Tehran back in 1996. She was a Master’s student at the same university for a short time before leaving for the US to continue her education. She was then admitted to Stanford University and received her PhD in Electronics in 2004. Her doctoral dissertation was about optical communication, which encompasses two disciplines of electronics and optics.

The following is a summary of Iranian Azad University Agency’s e-mail interview with her:

I have worked on different projects. With my help and guidance, the PhD candidates on my team have managed to develop new electronic and medical systems. In our first project, a chip was developed which could function as the retina. It could be used to help people who had lost their eyesight because of losing their photoreceptors. The chip can help them regain part of their eyesight.

In recent years, my students have designed a sensor which can measure sugar levels in diabetics every second. It sends the data to the patient’s smart phone and lets him/her know whether or not they should see a doctor.

At the moment, my group is working on projects to help patients suffering from epilepsy, Parkinson’s disease and other conditions related to the nervous system.

One of the objectives of my team is to develop sensors which can be sent into the digestive or other systems in the body and make precise measurements. In the future, the sensors can even inject medicines into the right spots in the body.

To that end, we should be able to track these tiny microchips inside the body. In this project, we were drew on the features of the MRI system and designed the chips in such a way that they would behave like atoms. In other words, when we create a magnetic field whose strength in different spots is pre-determined, the chips begin shaking electromagnetically with different frequencies based on the magnetic field whose strength they are measuring.

Also, I think smart pills will begin to be practically used in the not-too-distant-future, that is, in less than ten years’ time. At the moment, these pills are used for the digestive system. They are rather big and cannot be precisely tracked.

As for my future plans, I should say that I’m very interested in diseases related to the nervous system and in developing chips which analyze and decode nerve signals. At the moment, my team is working on several projects in this field.

The Iranian youth who come to America are very knowledgeable. Iranian university students in the US are very successful and are studying in many of the prestigious American universities. They are successful after graduation as well.

I very much like to return to Iran. It is very important to me to continue my research work. Currently, I’m cooperating with many researchers, which is a must for my research activities in the field of medical engineering.

I hope the conditions will further improve in Iran for research and scientific cooperation, and I hope Iranian engineers, scientists and researchers will be able to easily communicate with researchers around the world.