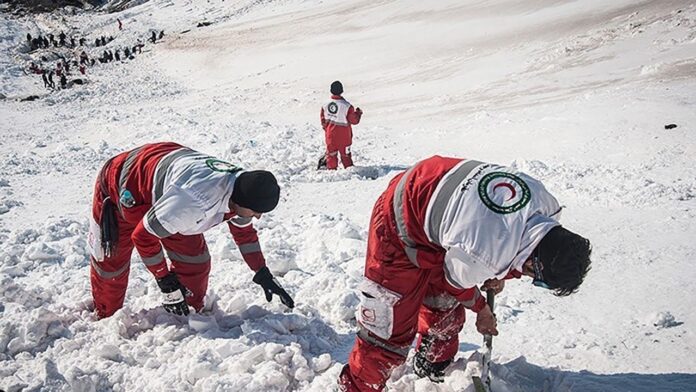 At least two avalanches in northern heights of the Iranian capital have killed 11 people. according to the Iranian Red Crescent Society (IRCS).

Mahdi Valipour, the head of the Rescue and Relief Organization of the IRCS, said the dead bodies were discovered at the heights of Kolakchal, Darabad, and Ahar in northern Tehran.

He said at least 14 people were rescued from dire conditions, and 100 skiing athletes stranded in Tochal heights were taken down.

Head of the country’s Mountain Climbing Federation said two climbers are buried under 15 metres of snow, and efforts are under way to recover their bodies.

Hamid Mosaedian, a mountain climbing federation official, said some of the dead bodies have yet to be taken down, but the other ones will be delivered to their families once their identities are determined.