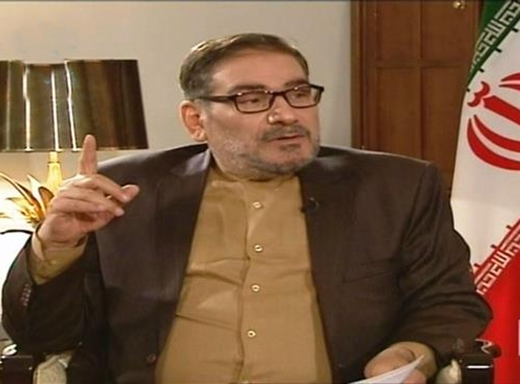 ISIL “threats against Baghdad”, or the Shia holy shrines, as well as any Takfiri advance on the Iranian borders are the Islamic Republic's red lines, Shamkhani said.

Secretary of Iran’s Supreme National Security Council (SNSC) Ali Shamkhani has outlined the three red lines Iran has in dealing with the situation in neighboring Iraq where Takfiri militants have been committing crimes against humanity.

In a Saturday night interview with IRIB, Shamkhani reiterated Tehran’s red lines in regard to ISIL terrorists wreaking havoc in Iraq.

ISIL “threats against Baghdad”, or the Shia holy shrines, as well as any Takfiri advance on the Iranian borders are “considered the Islamic Republic’s three red lines”, said the former defense minister.

Iran’s support for Iraqis, including Shias, Sunnis, and Kurds, has proved successful in “weakening the terrorist groups”, Shamkhani said, adding that if Iran had not helped Iraq, “the situation of the country would have definitely changed.”

Referring to the Takfiri groups’ attempts to enter Iran via its western borders, Shamkhani said, “We have been able to push them back,” and that Iran is watching every terrorist activity of the groups, which are “now very vulnerable” in their fight against the Iraqi government.

Apart from a shaky five-day ceasefire, Saudi Arabia’s onslaught on Yemen has now been going on for two months, with this belief that the Ansarullah movement fighters must give up their weapons and return to their former location, he said.

“This is as the group has been ignored for years in Yemen,” he added.

Yemen has been under Saudi airstrikes since March 26. The military aggression, carried out without a UN mandate, is meant to restore power to the fugitive former Yemeni president, Abd Rabbuh Mansur Hadi, who is a close ally of the Riyadh regime.

Referring to a final nuclear agreement between Tehran and the six global powers, Shamkhani said Iran would not sacrifice the content of a possible deal in order to just meet a June-end deadline.

Shamkhani questioned the calls to inspect Iran’s military sites, saying they are just desperate attempts to justify the unlawful sanctions placed against Iran.

Negotiators from Iran and the P5+1 group of countries – the United States, Britain, France, China and Russia plus Germany – are seeking to finalize a comprehensive deal on Tehran’s nuclear program. The two sides have set July 30 as the deadline for the final deal.