In What Sense Is Las Vegas Shooter Similar to Trump? 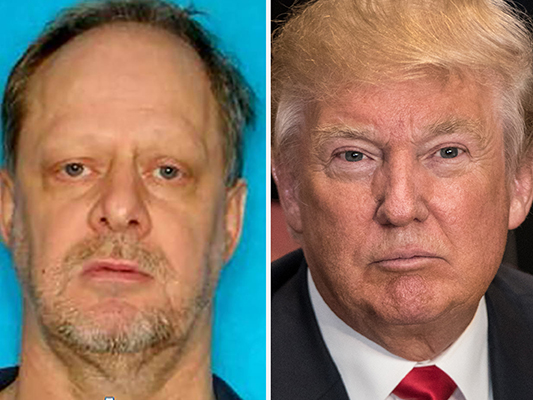 An Iranian political analyst says the perpetrator behind the Las Vegas massacre was very similar to US President Donald Trump as both have caused bloodshed and killing.

Commentator Yadollah Javani has, in an article published in the Persian-language Javan daily, compared the Las Vegas deadly shooting incident to Washington’s warmongering in West Asia. In this opinion piece, the analyst has tried to explain to the American public the reasons behind West Asian people’s growing hatred of the United States.

We can review the reality of the deadly Las Vegas tragedy from another perspective. The incident happened on October 1, 2017, in America’s Las Vegas and triggered panic among many Americans. It is similar to the many different incidents which have occurred in West Asian countries in recent decades, especially in the past ten years. The perpetrators of those bloody and harrowing incidents were American nationals. The Las Vegas massacre, too, was done by an American with numerous similarities to the US president. In fact, Mr Paddock was a little Trump in Las Vegas.

The Americans who were scared, and at the same time touched, by the Las Vegas incident and began to weep, should know that similar scenes to the ones which happened during the music festival as the ruthless shooter opened fire are taking place on a daily basis in parts of the world by their merciless president. Is there a difference in nature between the Las Vegas massacre and other incidents triggered by the US, for example Washington’s military buildup in Iraq and Afghanistan, airstrikes conducted by US warplanes in recent decades, the US downing of an Iranian passenger plane over the Persian Gulf, and hundreds of other cases? The only difference between the Las Vegas shooting and other incidents is in the location where they happened.

In the wake of the incident, Trump called the perpetrator a “devil,” and added these devils should be expelled from the United States. Mr Trump and other Americans should know that the oppressed nations that have suffered at the hands of the US have the same feeling toward America and seek to expel the Americans from their countries, and that is why they refer to the US as the “Great Satan,” the term coined by the late Imam Khomeini. That is because of US officials’ anti-human features and anti-human behaviour. Americans should know that oppressed nations as well as Iranian people have the same sense of hatred of the US president and government as American people had of the shooter following the Las Vegas incident. And the slogan “Down with the US” emanates from the same feeling.