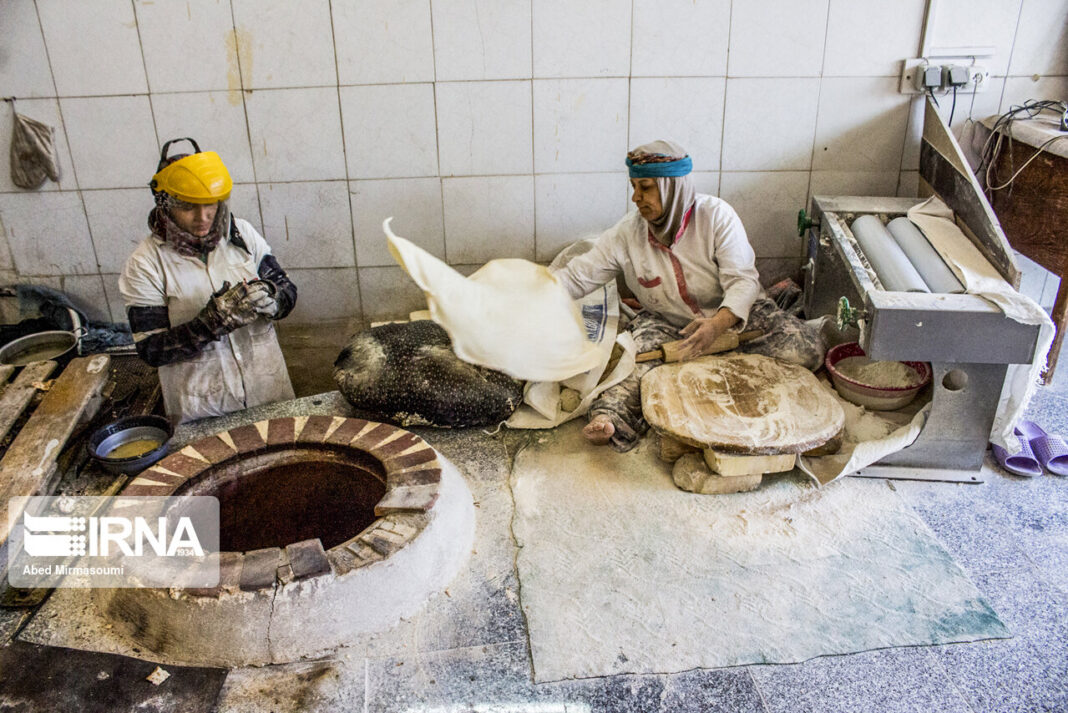 Women of Semnan in east-central Iran used to bake the region’s traditional bread in their houses’ ovens in the past. Now this bread is made in the bakeries, but the majority of them are still managed by women.

The traditional bread of Semnan in east-central is still made in bakeries; of course the majority of bakeries are managed by women.

According to a historical narrative, Semnan has been originally called “Se Man Nan”, meaning “nine kilograms of bread”. The old weight unit (man which is equal to three kilograms) is still used for selling the traditional bread.