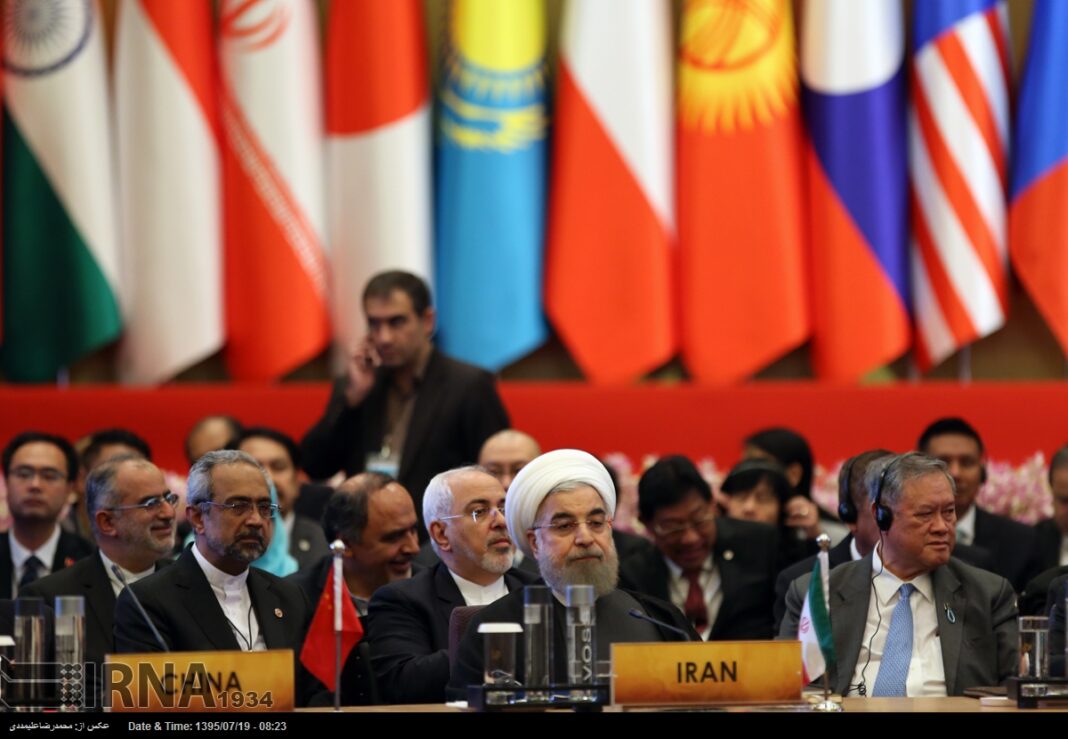 Iran says there is an inextricable connection between the security conditions in Eastern and Western Asia, citing foreign intervention as a main source of insecurity in both sides.

Iranian President Hassan Rouhani made the remarks on Monday, addressing the second summit of the inter-governmental organization of the Asia Cooperation Dialogue (ACD), which has gathered 34 Asian leaders and senior officials in Bangkok, the capital of Thailand.

“With a deep comprehension of the importance of Asia’s security and stability, the Islamic Republic believes that the most challenging crisis is the extremism and violence that has swept our entire continent, from Tokyo to New Delhi, and from Baghdad and Damascus to Istanbul,” President Rouhani said.

Acts of militancy and terror have been a recurrent theme of daily life in a range of countries in the region, including, but not limited to, Afghanistan, Iraq, Syria, and Turkey, Press TV reported.

Rouhani said Iran has been a strong force in the regional battle against such militancy and terrorism.

“Today, Iran has been standing like a strong barrier against the infiltration and expansion of extremism and terrorism,” he said.

The Islamic Republic has been successfully preserving itself against any spillover of regional violence. It has also been contributing to the regional anti-terror fight through its advisory military assistance to the Iraqi and Syrian governments.

President Rouhani had said in earlier remarks in Malaysia that the Islamic Republic was the reason why the Takfiri [extremist] terrorist group of ISIS has not succeeded in forming a so-called state in Iraq and Syria and has remained a terrorist group only.

Elsewhere in his Monday remarks, the Iranian president urged regional countries to join hands to build a prosperous region.

“Asia’s future belongs to our children, and its efflorescence hinges on a more dynamic and stable bond [forming] among the continent’s nations,” said the Iranian chief executive.

He pledged an active role on the part of Iran in the production chain, the expansion of new markets for, and the consistent supply of energy on the back of the country’s 2015 nuclear agreement with world powers.

“Given the nuclear agreement and the removal of the imposed sanctions, the Iranian economy promises remarkable growth in the years to come,” Rouhani said.

Tehran, he said, has set a midterm goal of reaching eight-percent economic growth each year.