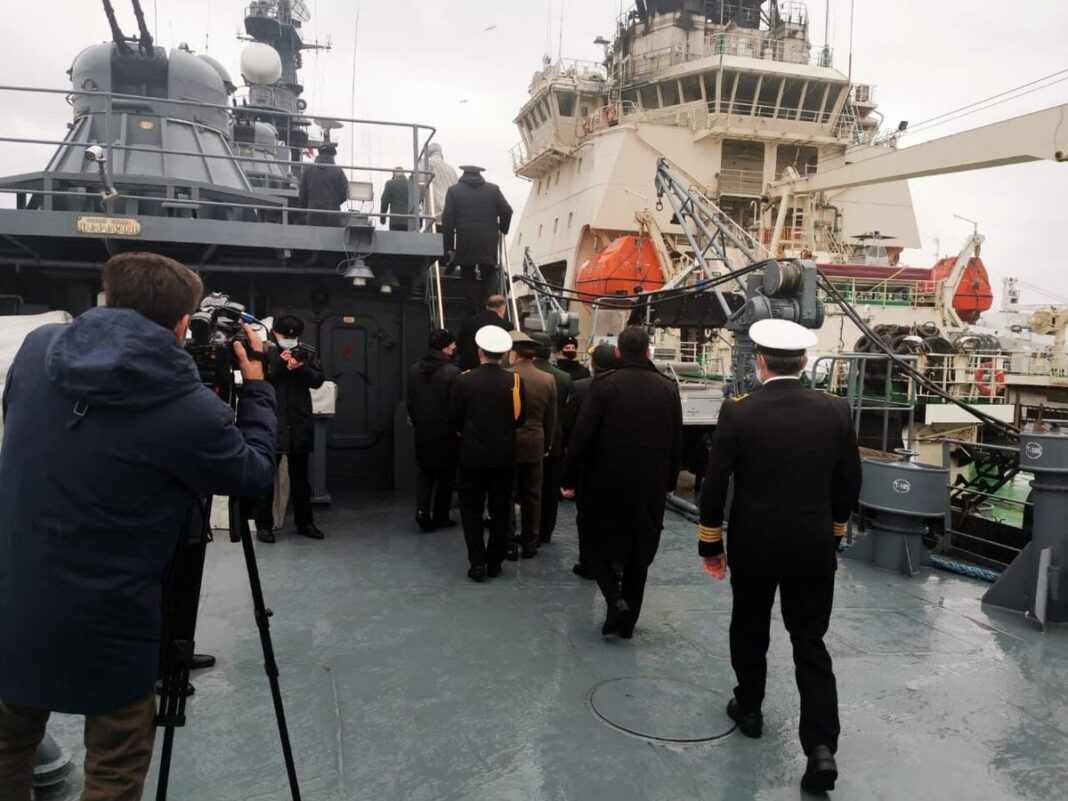 Chairman of Iran’s armed forces chief of Staff Major General Mohammad Bagheri has arrived in St. Petersburg, Russia amid greeting by the senior commanders of the Russian Navy and the playing of the anthem of the Islamic Republic by the ceremonial guard of Russia’s North Sea Fleet.

Major General Bagheri arrived in the northern port city of St. Petersburg as he continued his trip to Russia to meet with naval officials and visit naval combat facilities. Admiral Vladimir Kasatonov, Commander of the North Sea Fleet and Deputy Commander of the Russian Navy, and a group of high-ranking Russian generals greeted Major General Bagheri at the Russian Navy headquarters. After the official welcoming ceremony, Major General Bagheri and Admiral Kasatunov inspected the ceremonial guards and then entered into talks with the Ambassador of the Islamic Republic of Iran Kazem Jalali and a group of deputies and high-ranking military officials of the two countries in attendance.

At the beginning of the meeting, the Commander of the North Sea Fleet and the Deputy Commander of the Russian Navy expressed his happiness over the presence of Major General Bagheri in St. Petersburg.

Kasatunov said the Iranian and Russian navies have held numerous naval exercises in recent years and will continue their cooperation.

The senior Russian official referred to the presence of the 75th Strategic Naval Fleet of the Iranian Army in the recent naval parade in St. Petersburg and called for the strengthening of military ties between Tehran and Moscow.

Major General Bagheri also said Iran-Russia relations are expanding as two important partners in the international arena. He added that the naval fleet of the Iranian Army entered the Gulf of Finland for the first time after crossing the Atlantic Ocean and participated in the Russian naval parade.

He said this shows the military and defense clout of Iran’s military and its interest in expanding defense cooperation with Russia.

Bagheri noted that ties, especially military and defense cooperation, have been on the rise in recent years, saying with the conclusion of arms contracts and their implementation in the near future, these relations will expand significantly.