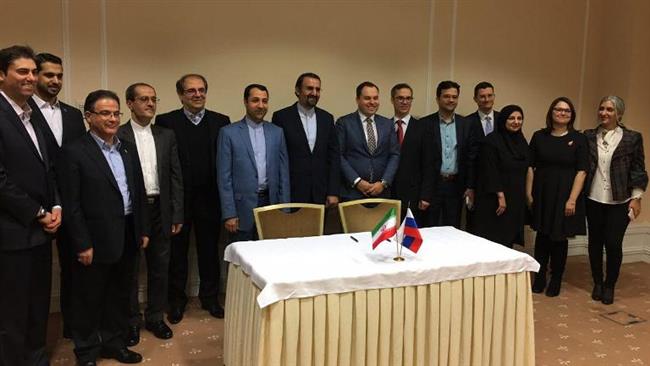 Iran says four of its banks have signed an agreement with the Export Insurance Agency of Russia (EXIAR) to provide “unlimited funds” for development projects to be carried out by domestic and international contractors in the Islamic Republic.

The Central Bank of Iran (CBI) in a statement said the agreement had been signed between the EXIAR and Bank Sepah, the Export Development Bank of Iran, Bank Parsian and Bank Pasargad.

This followed a basic agreement that the four banks and EXIAR had signed earlier in mid-October, Iran’s IRNA news agency reported.

Iran had earlier been able to seal similar deals with several European as well as Asian financial institutions.

In late September, Austria’s Oberbank signed a major finance deal with over a dozen Iranian banks based on which it would provide €1 billion in credits to the country’s companies that invest in the Iranian economy.

Oberbank’s initiative – that was seen in Tehran as the first of its kind in many years – was followed on the same day by a similar agreement between Denmark’s Danske Bank and several Iranian banks.

Accordingly, Danske Bank would allocate a credit line of €500 million for investments by Danish businesses in Iran.

On a related front, France’s state investment bank Bpifrance (BPI) announced also in September that it planned to provide funds to French companies that invest in the Iranian economy from next year.

BPI France CEO Nicolas Dufourcq was quoted by media as telling reporters that his bank would grant up to €500 million ($598 million) in annual credits to companies that venture into the Iranian market.