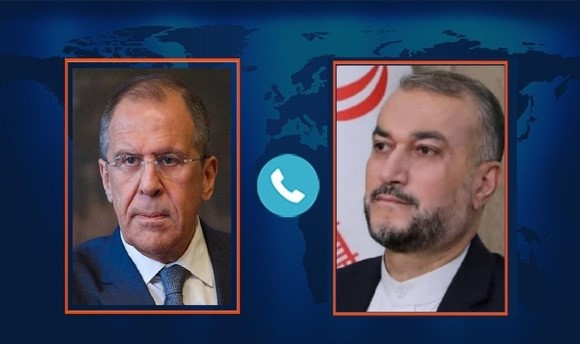 Russia has welcomed the resumption of the talks between the Islamic Republic and the European Union.

Hossein Amiraadollahian emphasized in this telephone conversation that today’s talks with Mora were positive and both sides expressed their satisfaction and readiness to continue the negotiations.

“Our current talks with Enrique Mora are focused on finding practical solutions to the current problems and impasse in Vienna, which are due to Washington’s non-aligned stance and approach to complete and effective lifting of unilateral and illegal sanctions,” he said.

Amirabdollahian also said at the end of today’s talks, the two sides agreed to continue consultations between Bagheri and Mora in Brussels in the next two weeks. Russian Foreign Minister Sergei Lavrov also welcomed today’s talks between Iran and the EU. He stressed that, following his detailed meeting with Amirabdollahian in Moscow last week, he had instructed his colleagues at the Russian Foreign Ministry to hold close consultations with their counterparts in the Islamic Republic of Iran to follow up on issues related to the nuclear deal.

In this telephone conversation, the Russian foreign minister praised Iran’s logical position on the return of all parties to the Iran nuclear deal to their obligations.

Lavrov also referred to his meeting with the foreign minister of the Republic of Azerbaijan today, saying he was informed of the good and constructive telephone conversation between Iran’s foreign minister and his Azeri counterpart.

Lavrov stressed that Moscow welcomes the agreements reached in the telephone conversation and considers them a step in the right direction.