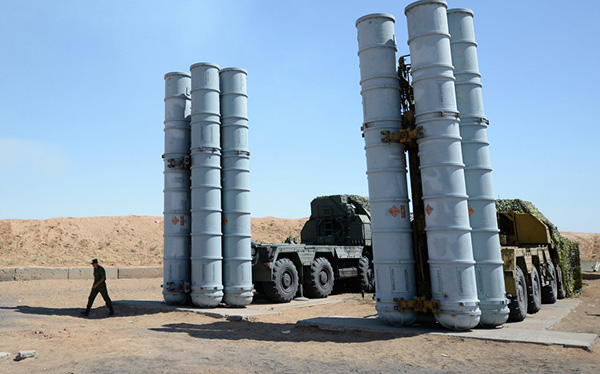 Russian will hand over the first batch of S-300 air defense system to Iran on Thursday, February 18.

According to the Sputnik News Agency, Iranian Defense Minister Hossein Dehghan will participate in a ceremony dedicated to the first delivery of the Russian S-300 air defense system to Iran via the Caspian Sea on February 18, a source told Sputnik Persian on Wednesday.

Dehghan is currently in Russia and will travel to Astrakhan on the Caspian Sea for the closed ceremony.

“Hossein Dehghan will participate in the ceremony of delivering the S-300 in Astrakhan on Thursday,” the source said.

In 2007, Moscow and Tehran signed an $800-million deal for the delivery of five S-300 missile systems to Iran. In 2010, Russia suspended the contract, citing a UN Security Council resolution that placed an arms embargo on Tehran until it proved the peaceful nature of its nuclear project.

Tehran filed a lawsuit against Moscow over the incident.

In April, Moscow repealed the S-300 delivery ban, after Iran and six global powers, including Russia, reached a framework nuclear agreement to remove the anti-Tehran sanctions in exchange for guarantees of the peaceful nature of its nuclear activities.