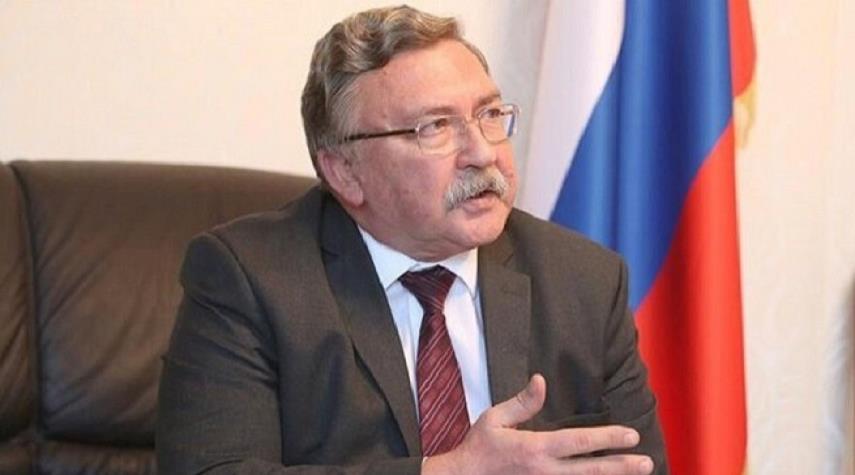 Russia says comments by its envoy to international organizations in Vienna Mikhail Olyanov regarding centrifuges at Iran’s nuclear facilities were mistranslated into Farsi by Radio Farda, a Persian speaking media outlet run by the US.

Russia’s embassy in Tehran quoted the Russian ambassador as actually saying, “What should be done with the centrifuges? There is an option to get them out and scrap them. There is also an option to stockpile them in Iran and put them under IAEA guarantees, seal them and so on. We can agree on what option to use”.

It noted that no country has done more than Russia in efforts to preserve the Iran nuclear deal.

Radia Farda had earlier quoted the Russian diplomat as saying that Iran’s centrifuges must be either scrapped, got out of the country or stockpiled under the IAEA supervision.