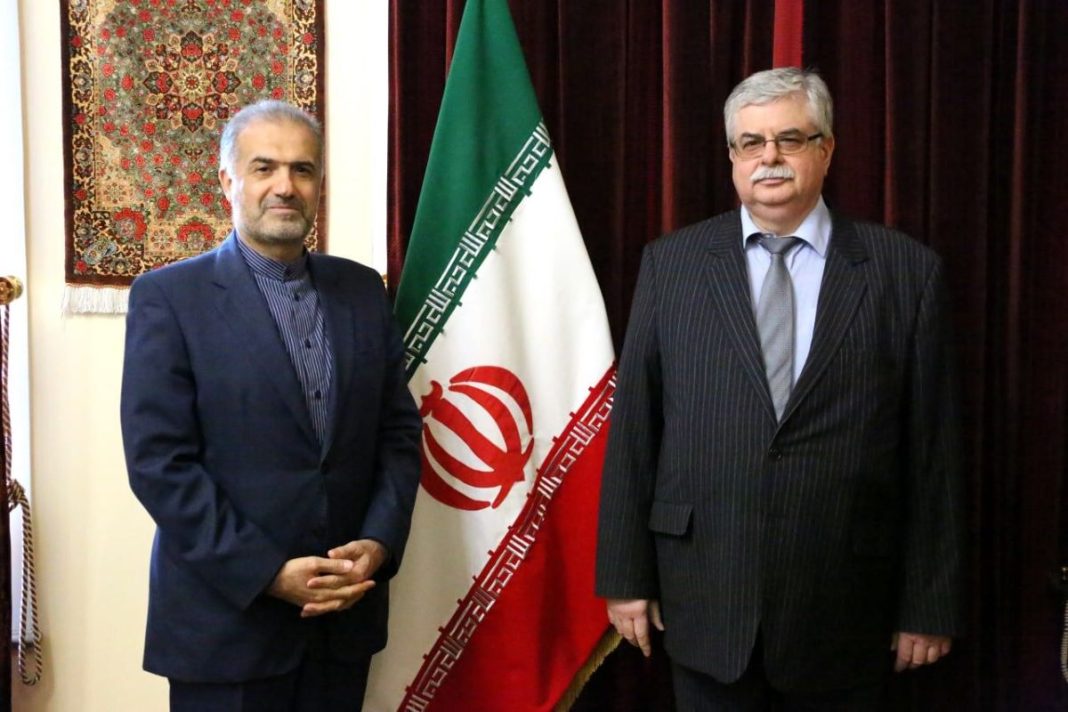 Russia has appointed a new ambassador to Tehran to replace Levan Dzhagaryan, who has turned into a highly controversial figure in Iran and become a frequent subject of criticism among the public and the press for his comments and photo-ops.

In a tweet on Tuesday, Tehran’s Ambassador to Moscow Kazem Jalali said he had held a meeting with Russia’s new envoy to Iran, Alexey Dedov, who would “soon begin his mission” in the Islamic Republic.

“Both sides emphasized that Iran-Russia ties are at one of the best historical junctures,” said the ambassador, wishing Dedov success during his term.

He also thanked the outgoing ambassador for his efforts over the past 11 years in Tehran.

Dzhagaryan has, on several occasions, angered Iranian officials and public.
In February, Iran’s Foreign Ministry criticized him for claiming that “Iran owes a lot of money to Russia,” and that “the West is promoting homosexuality in Iran.”

Last year, he also posted a photo of a meeting between the British and Russian ambassadors at the Russian mission in Tehran, appearing to celebrate a World War II conference between US, Soviet, and British leaders in the Iranian capital that took place after Iran was invaded by foreign powers.