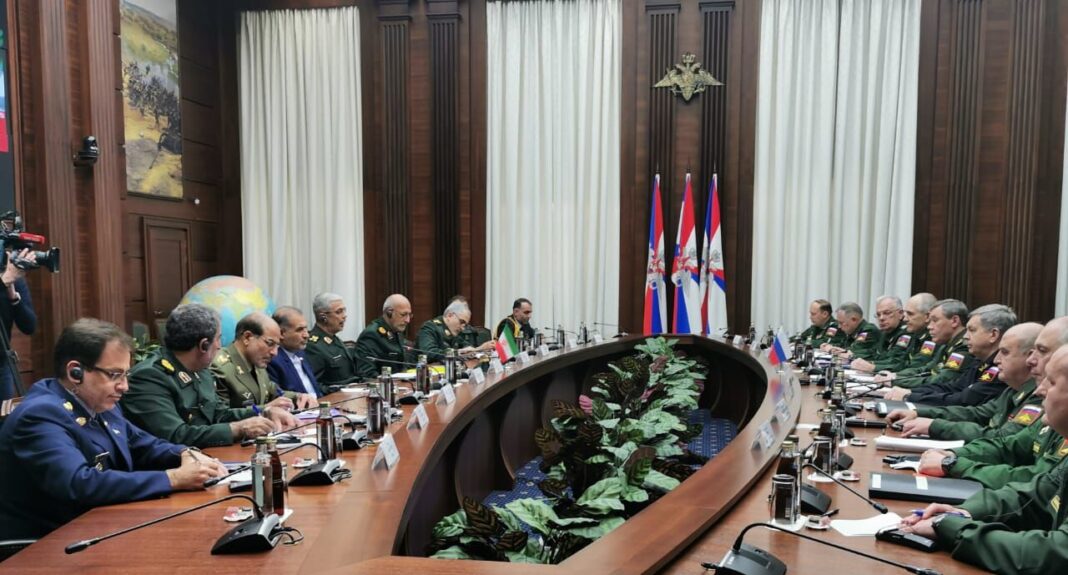 Chief of the Russian General Staff Valery Gerasimov says military cooperation with Iran is a priority for the Russian Federation.

During their talks, the two sides discussed a wide range of bilateral, regional and international issues.

Baqeri told Russia’s top military commander that bilateral military and defense relations have grown significantly in recent years, and expressed hope that the cooperation will continue.

He stressed that Tehran and Moscow are determined in the fight against terrorism and that the two countries have, in the past 10 years, seriously pursued the issue of international terrorism especially in Syria and Iraq.

Referring to the cooperation between the two countries at the command and political levels, the Iranian chief of staff of the armed forces said the Leader of the Islamic Revolution Ayatollah Seyyed Ali Khamenei and Iranian President Seyyed Ebrahim Raeisi attach special importance to developing relations with Russia.