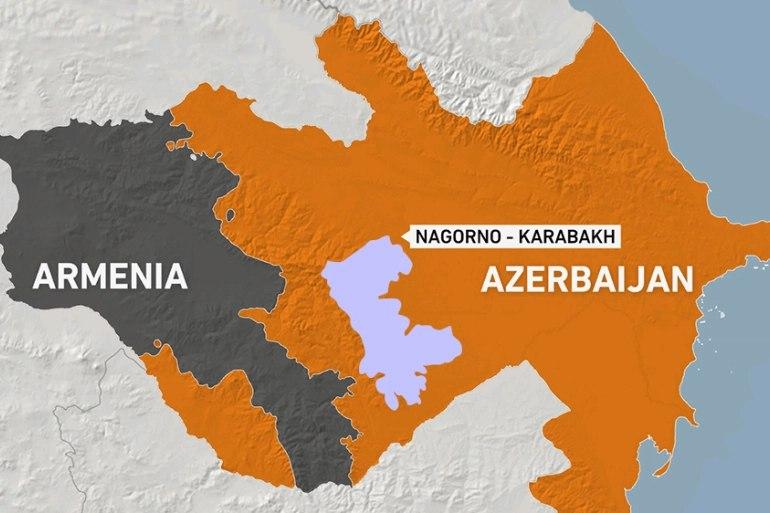 Iran’s former ambassador to Baku says Russia has the upper hand in the conflict between Armenia and the Azerbaijan Republic over the disputed Nagorno-Karabakh region.

Afshar Soleimani, who is also an expert on Central Asia and the Caucasus, has weighed in on the recent developments pertaining to the Karabakh conflict.

Speaking in an interview with Iranian news agency Khabar Online, he has argued that Moscow is opposed to Iran’s intervention in the conflict.

To begin with, please tell us why mediation efforts to settle the Karabakh crisis have been futile so far? Can Iran bring the two countries (Armenia and the Azerbaijan Republic) closer to peace?

Over the past years, Ira made attempts to mediate between Armenia and the Azerbaijan Republic, but to no avail. In 1992, when Mohammad Yagub Mammadov was the president of the Azerbaijan Republic and Levon Ter-Petrosyan was the Armenian president, then Iranian President late Akbar Hashemi Refsanjani invited both heads of state to Iran, and a statement was released after the negotiations held in the Iranian capital. Under the statement, it was agreed that talks be held to determine the status of a ceasefire and that Iran plays its role in the process. However, no result was produced, and the main reason for that was an important player in the Karabakh conflict called Russia. It is the Russians that are throwing their weight around in the region and regard South Caucasus as their backyard and, like in the Soviet era, wouldn’t like to lose regions that are under their influence. Security-wise, this is a very important issue for Moscow.

So, you believe Russia is opposed to Iran getting involved to help resolve the crisis?

When the Tehran statement was issued and as the Azeri and Armenian presidents were on their way back to their countries, Shusha (a city in the disputed region of Nagorno-Karabakh in the South Caucasus) was captured and fell into the hands of Armenia, I mean the heights overlooking the khanates in Karabakh. Following the development, the Azerbaijan Republic’s media reflected the event as if Iran had been the main accomplice for that. Nevertheless, Iran had no role in the capture of Shusha, whatsoever; rather, it was Russia that, with the help of Armenia, decided to make the move in order to question Iran’s mediation efforts. In 1994, when a ceasefire agreement was signed in Bishkek for the first time, and it was decided that the Minsk Group settle the conflict, Iran never took on a mediation role from then on; after all, no country asked Iran to mediate, either. Furthermore, we should bear in mind that generally speaking, the crisis is too serious now to be settled by mediation. In addition, the Russians are not interested in Iran acting as an intermediary and wouldn’t like Tehran to play a role in South Caucasus. Russia is inclined to follow all relevant issues trilaterally without any other country being involved.

Given that this crisis has, security-wise, been extremely significant to Iran, what policy should Tehran adopt on it?

Security-wise, the Karabakh crisis is very important to Iran. In recent days, we saw that even a rocket was fired at an Iranian border village in the country’s northwestern East Azerbaijan province during military clashes between the Azerbaijan Republic and Armenia. Mediation efforts have been fruitless so far, and a strong foreign policy and strategy is required to tackle the crisis. Iran should not adopt a hardware approach in order to support Muslim countries in the region because this method won’t work, and the other sides will follow suit if Iran does so. Iran can, at least, align itself with the Azerbaijan Republic. Of course, it is said that the Azerbaijan Republic has had relations with the Israeli regime; there is also word that Turkey intends to dispatch terrorist forces to war zones. Back in 1993 when Tehran and Baku signed on a mutual friendship agreement, one of the provisions of the deal highlighted that the Islamic Republic of Iran respects the Azerbaijan Republic’s territorial integrity and, based on the same provision, the Karabakh crisis needed to be resolved. With the conflict flaring up, it is also necessary, at this juncture, that Iran be politically more active than in the past. It will not simply suffice to ask the warring sides to exercise restraint and support a ceasefire as such an approach will put Iran in a passive position. Moreover, we are witnessing a fresh wave of propaganda campaigns and blame games whereby Iran is accused of sending arms to Armenia.

As you mentioned, with the escalation of the conflict between the two sides, we are seeing a new wave of accusations being levelled against Iran, and the Iranian Foreign Ministry has repeatedly denied those charges. In your opinion, what is the objective of these blame games and how can Iran manage this smear campaign?

These days, the Azerbaijan Republic’s media keep accusing Iran of supporting Armenia. Diplomatic trips to the Azerbaijan Republic and announcing support for this country can put an end to rumours and foil plots against our country. With the collapse of the former Soviet Union and the breakaway of the Azerbaijan Republic, this country, with an area of 86,600 kilometres, has been recognized as an independent country by the UN with Karabakh and Nakhchivan being integral parts of it. However, events have unfolded ins such a way that Armenia has made territorial claims. The UN Security Council has also issued four resolutions in that regard, so far and asked Armenia to end the current situation and withdraw its troops from those regions. However, these resolutions are not binding, and major powers, for their part, will implement the resolution only when everything is in their interest. Iran’s political support for the Azerbaijan Republic, as a Muslim country, is of utmost importance. Tehran-Baku relations are not satisfactory enough at this point as Iran has not announced its position on the return of occupied territories to the Azerbaijan Republic.

What do you think the conflict will result in, and what will happen at the end? Will the conflict end soon or should we expect more fighting as tensions escalate?

Sooner or later, these clashes will stop once again, and the importance of diplomacy and dialogue will come to light once again. Although diplomacy should have been used before the outbreak of the war, the final solution to the conflict is diplomacy. If the Azerbaijan Republic can retake parts of its occupied territories in the coming days, it will be able to regain its lost rights. Otherwise, no headway will likely be made with settling the crisis because the Minsk Group has not been able to take a positive step towards resolving the crisis, either. Moreover, the historical reasoning put forward by Armenia is not admissible because history is littered with different developments and the only authority to refer to, is the United Nations. Even during the era of the former Soviet Union, the self-rule Karabakh Republic, like Nakhchivan, was part of the Azerbaijan Republic. With the territorial integrity at that time, it was possible to solve the problem then. However, most of those territories later came to be settled by Armenians and Stalin created a crisis accordingly, which was the reason why tensions were not eased in the future. Generally speaking, one can predict that Russia will put an end to the conflict in the coming days or weeks. Also, the US will not interfere in Russia’s affairs as it didn’t with regards to Ukraine and other cases. So, we can say that Russia has the upper hand in this issue.