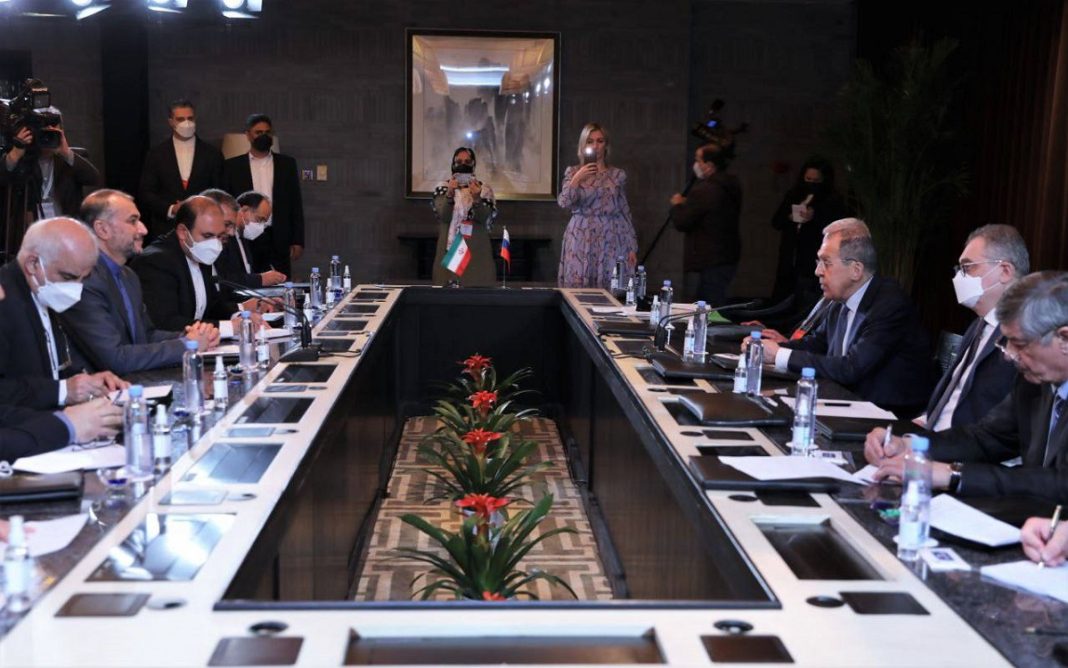 Russia's Foreign Minister Sergei Lavrov has described ties with Iran as significant, voicing Moscow's readiness for the expansion of relations with Tehran.

Lavrov made the comment in a meeting with his Iranian counterpart Hossein Amir Abdollahian in China.

Iranian Foreign Minister Hossein Amir Abdollahian and his Russian counterpart Sergei Lavrov discussed issues of mutual interest on Wednesday afternoon in their meeting on the sidelines of the conference of the top diplomats of Afghanistan’s neighbors in China.

The Iranian foreign minister then outlined the policy of neighborliness from the viewpoint of the government of the Islamic Republic of Iran. He said Iran seeks serious cooperation with neighbors, describing unilateral sanctions on world countries as unacceptable.

The Russian foreign minister for his part referred to his country’s willingness to cooperate with neighbors especially Iran in all fields.

Lavrov said relations between Tehran and Moscow have special significance and underscored Russia’s readiness to expand cooperation with Iran.

In the meeting, the foreign ministers of Iran and the Russian Federation also discussed other issues including the trend of developments in Afghanistan and the Tehran-Moscow cooperation in this regard, the speeding up of Iran’s accession to the Shanghai Cooperation Organization, the latest state of the Vienna takks and close cooperation between the delegations of Iran and Russia during the negotiations and also their cooperation in the Caspian Sea region.