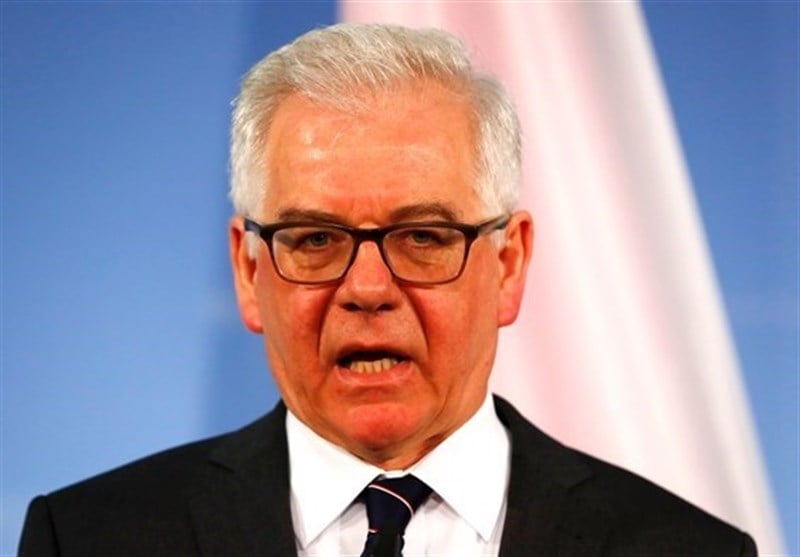 Poland's foreign minister said Russia has declined an invitation to an international conference on the Middle East next month in Warsaw.

Minister Jacek Czaputowicz said in remarks published Monday that Russia has advised that it will not participate, AP reported.

Noting that Iran has not been invited, he said that Iran’s presence would have hampered talks because the language that Tehran uses is “hard to accept.”

Czaputowicz insisted the conference could help solve the impasse over the international agreement on curbing Iran’s nuclear ambitions.

Poland and the US are co-organizing the anti-Iran event that has also met with a lukewarm reaction from the European Union, whose foreign policy chief Federica Mogherini will not be attending.

US Secretary of State Mike Pompeo told Fox News in an interview last week that Washington will jointly host a global summit focused on Iran and the Middle East in Poland next month.

Zarif has also reminded Poland of the favor that Iran has done the Polish during the second world war, noting, “Polish government can’t wash the shame: while Iran saved Poles in WWII, it now hosts desperate anti-Iran circus.”