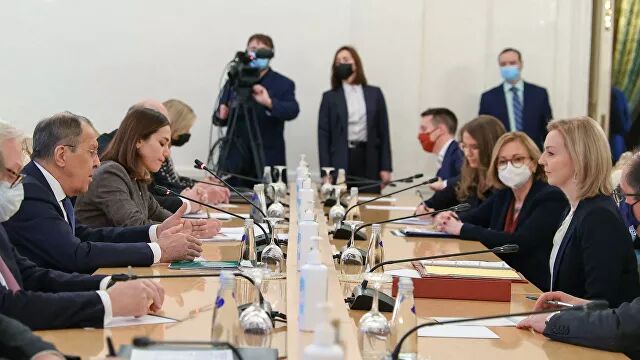 Russia and Britain share the view that the 2015 Iran Nuclear Deal known as the Joint Comprehensive Plan of Action must be implemented fully, Russian Foreign Minister Sergey Lavrov said on Thursday during a joint press conference with his British counterpart in Moscow.

Russia and Britain agree that there is an opportunity and hope for the resumption of full implementation of the JCPOA, but in this case there is a long way to go, Lavrov stated.

The remarks come as negotiators from Iran and the P4+1 group namely Russia, China, Britain, France and Germany are in the Austrian capital Vienna for intensive talks to try to revive the 2015 deal and remove unilateral U.S. sanctions against the Islamic Republic.

The eighth round of talks resumed on Tuesday after a break during which the senior negotiators returned to their capitals for discussions.

The eighth round, which began on December 27, has now become one of the longest rounds of the talks between Iran and the P4+1.

On Thursday, Iranian and European Union negotiators sat down for discussions as part of the intensive diplomatic efforts underway in the Austrian capital.