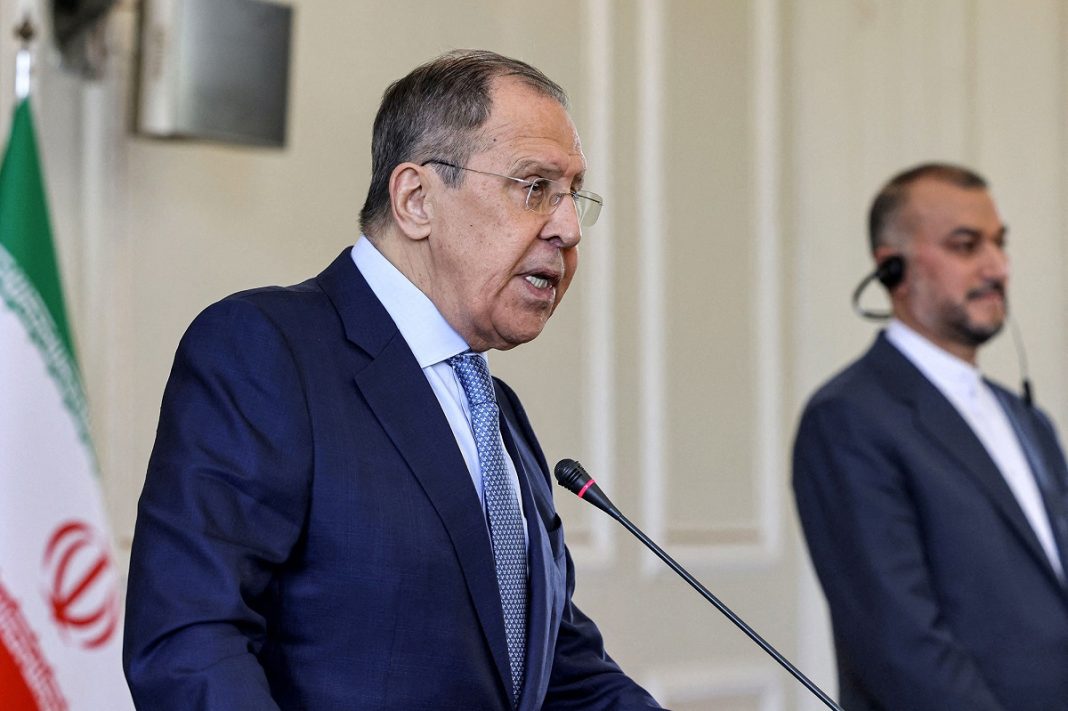 Russian Foreign Minister Sergei Lavrov has slammed the United States for throwing a wrench in talks on a potential revival of the 2015 nuclear deal with Iran, reaffirming Moscow’s support for the stances adopted by Tehran in the course of the negotiations in defense of its rights.

Standing alongside his Iranian counterpart, Hossein Amirabdollahian, during a pressure in Tehran, Lavrov said Thursday that Washington accuses Moscow of hindering the talks on restoration of the Iran deal, while it is the US itself that is hampering the diplomatic process.

The two ministers had joined a meeting prior to the news conference.
Lavrov denounced a US-drafted resolution adopted against Iran’s nuclear program at the International Atomic Energy Agency (IAEA) as yet another “mistake” similar to that of Washington’s withdrawal from the 2015 nuclear agreement.

The Russian foreign minister said Tehran and Moscow have a mechanism that enables them to engage in energy cooperation despite the sanctions.

He said the US’s initiative and the missile systems do not create a balance in West Asia.

Lavrov noted that all problems should be resolved through cooperation. 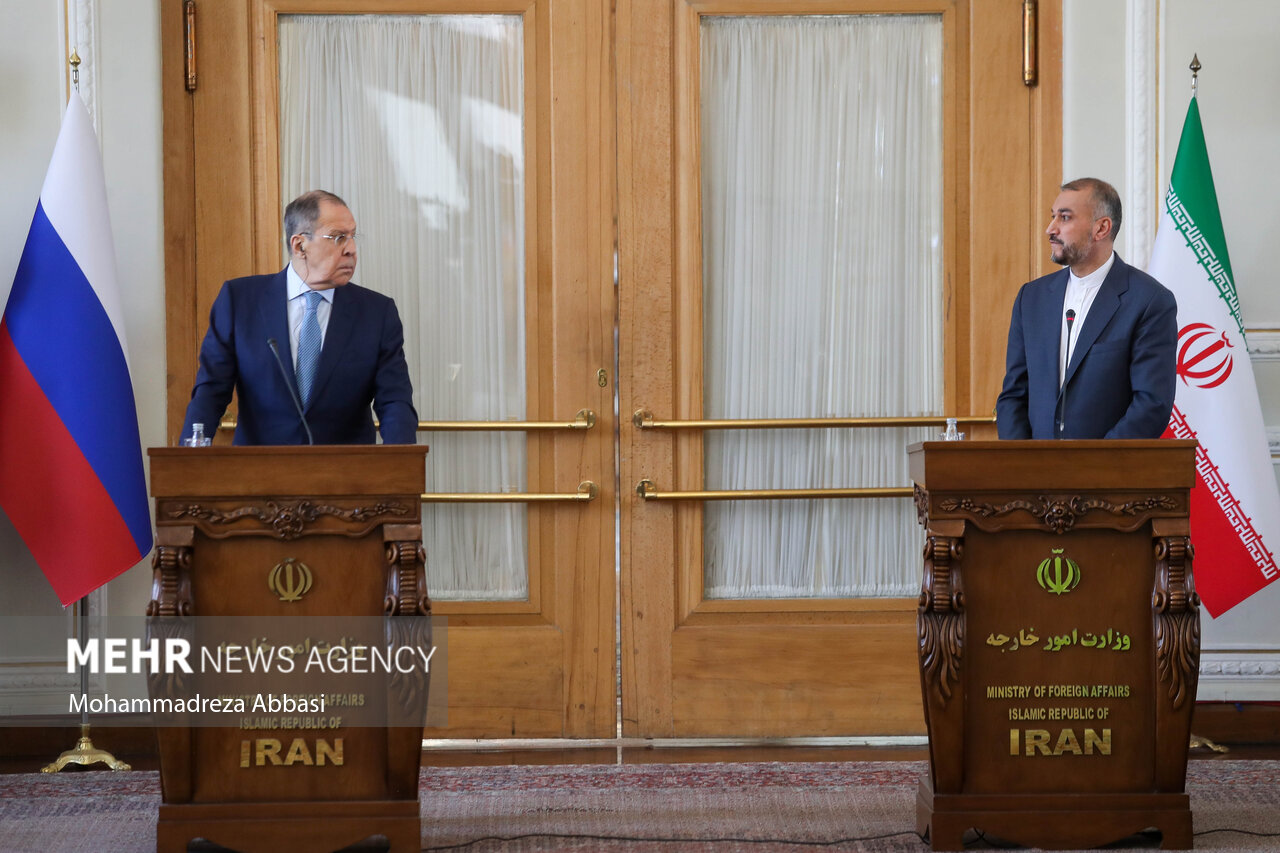 Lavrov said there is no link between Russia’s military operation in Ukraine and the food crisis, adding everybody knows that the crisis began several years ago.

On the Zionist regime’s attack on Syria, Lavrov said Israel must respect the Arab country’s sovereignty.

He also said Russia will investigate the Israeli attack on the Damascus airport at the United Nations. 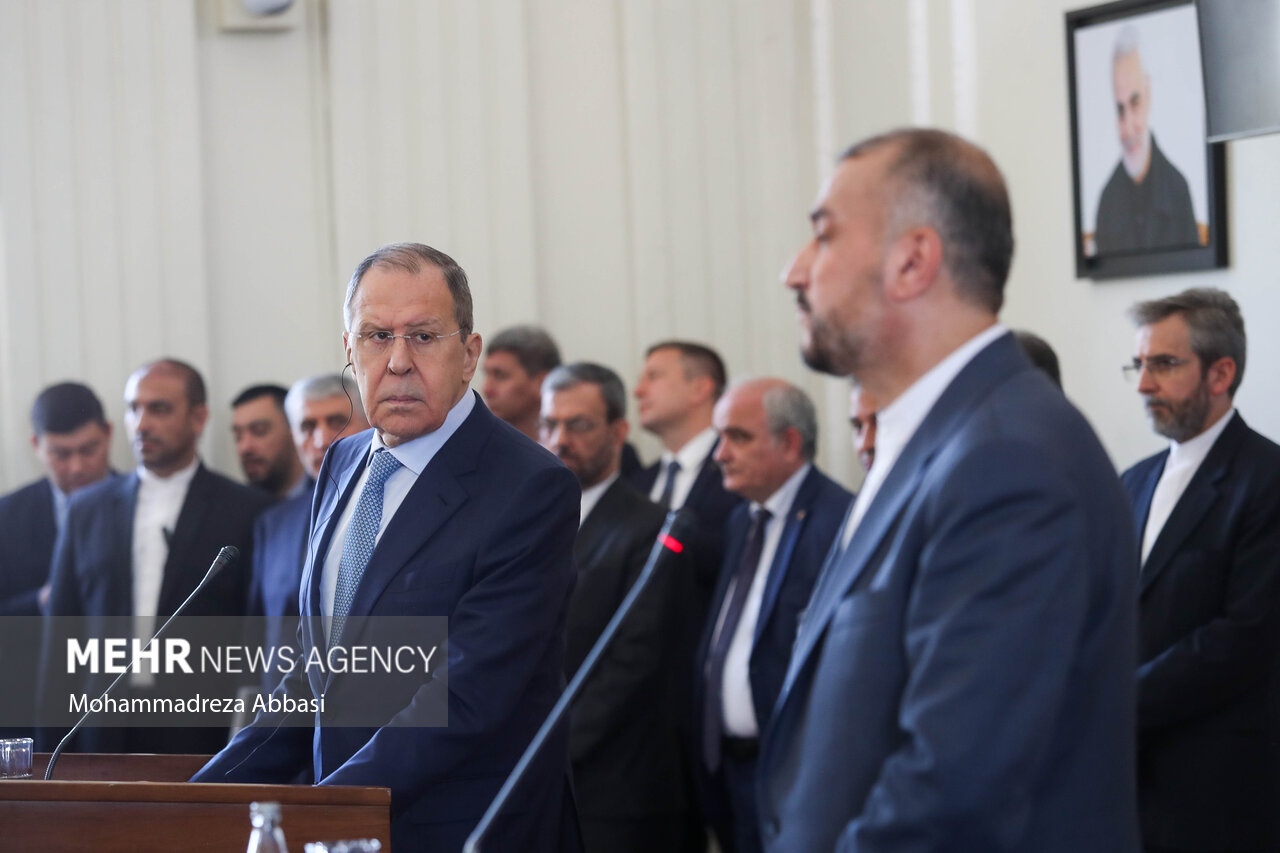 Amirabdollahian, in turn, expressed hope that the US would adopt a “realistic approach” and enable Iran and the P4+1 group of states to reach an agreement on reviving the 2015 nuclear deal in the near future.

Iran, he added, was seeking a “serious, good, and lasting” agreement in talks with the remaining parties to the deal, known as the Joint Comprehensive Plan of Action (JCPOA).

Commenting on Iran’s proposed package to the US, the Iranian foreign minister said, “The train is in the hard, final stations. It necessitates that we consider halting at a certain station.”

“Sometimes, it has been the need and demand of the negotiating sides for the termination of the sanctions, and other times, we needed a stop and intermission in the negotiations to sum things up,” he said.

“Following the wrong and unusual resolution that was passed at the [International Atomic Energy] Agency on a US proposal, in return, we took three important steps for additional nuclear action, including the issue of the 27 JCPOA-related cameras that were deactivated,” he said.

“The opposite sides, to be specific the United States, [Josep] Borrell, and [Enrique] Mora, are continuing their efforts to get everyone back to the negotiating table. Over the past hour, Baqeri was in constant contact with Mora, and I with Borrell,” he added.

“I hope we will be able to keep this train moving on the tracks, the negotiating tracks…, in the near future,” the Iranian foreign minister said. 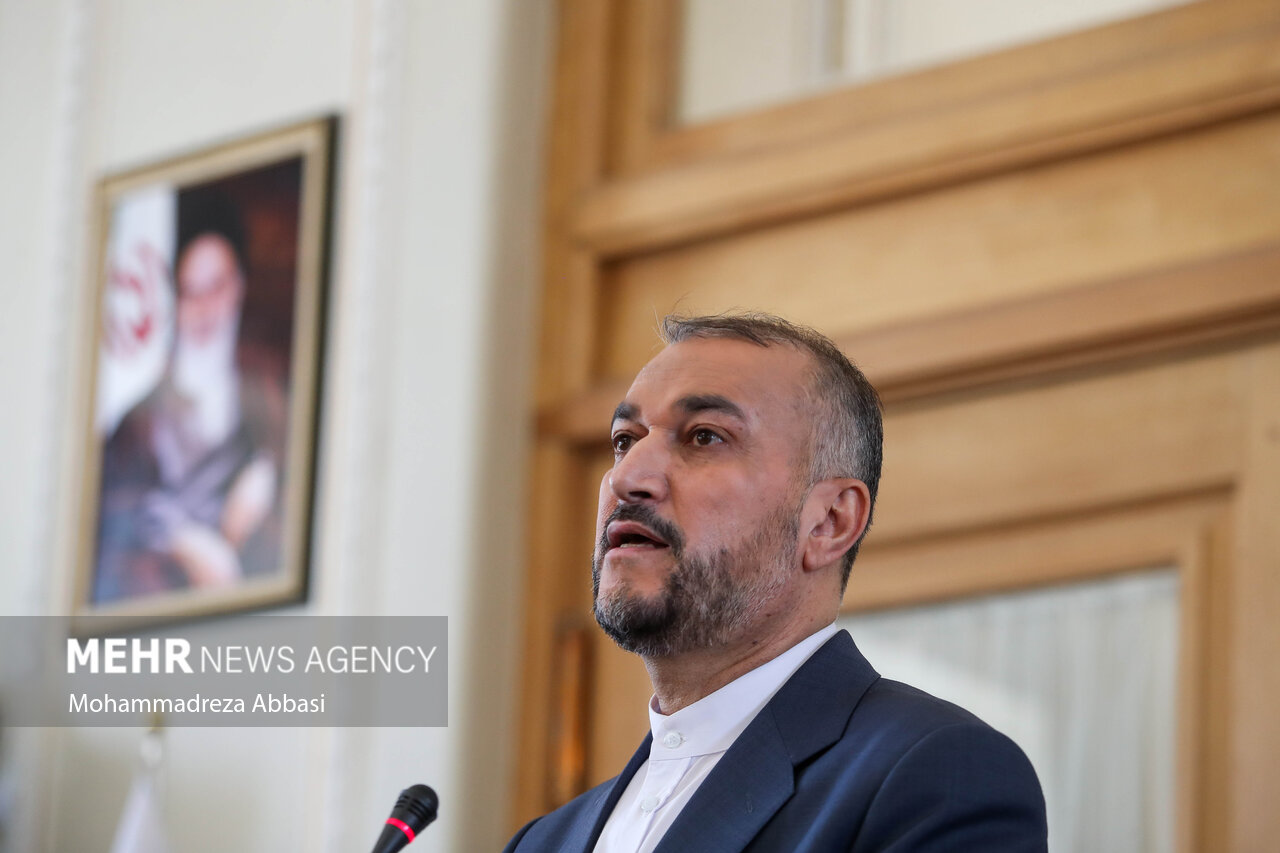 Amirabdollahian said his talks with Lavrov focused on a long-term cooperation agreement between Iran and Russia, among other things, expressing hope for expert meetings to be held between mutual officials to finalize the terms of the agreement.

The two sides, he said, reached “good” agreements on the expansion of relations in the fields of economy, commerce, trade, culture, science and technology.
Lavrov, in turn, said a 20-year cooperation deal between Iran and Russia needs to be finalized soon.

“We are working on another big deal with Iran, which has been put forward by Iranian President [Ebrahim Raisi],” he said.

The top Russian diplomat praised a record 80-percent growth in bilateral economic ties, which has reached nearly $4 billion in value.

Lavrov said Iran and Russia, both under tough Western economic sanctions, should explore new ways for interactions in the fields of energy as well as banking and agricultural trade.

The Iranian foreign minister was asked to elaborate on the plans of Tehran and Moscow to improve their economic cooperation in the face of the latest wave of sanctions imposed by the US against them.

As part of the Iranian administration’s strategy, he replied, Iran is pursuing two paths in parallel: One is working to neutralize the sanctions and the other is diplomatic efforts aimed at paving the way for the removal of the restrictions.

Elsewhere, the Iranian foreign minister slammed the Israeli regime’s destructive role in the region, saying, “The region will not allow this regime, to threaten its security, stability and progress.”