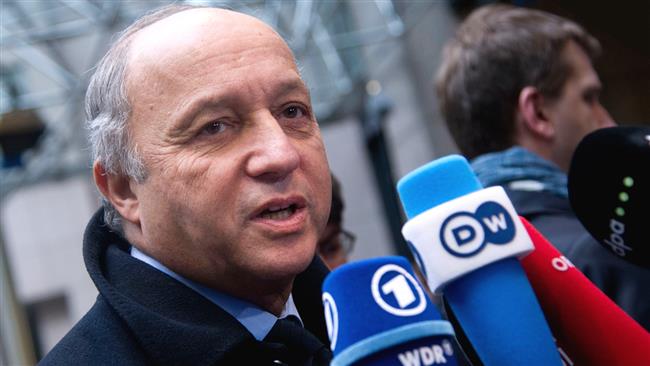 “This visit, which we hope is successful, will allow us to address the international situation and regional crises where we hope Iran can play a positive role, notably in Syria and Lebanon,” Fabius said in a statement on Wednesday ahead of Rouhani’s arrival in the French capital.

The top French diplomat added that the trip could also be very helpful for promoting bilateral relations between Iran and France, saying it could be very important particularly from an economic point of view.

Fabius said the nuclear agreement reached between Iran and the P5+1 group of countries in July 2014, in which he said France played a major role, was a turning point in relations between Tehran and Paris.

He added that the deal, which was also signed by the United States, Russia, China, Germany and Britain, “opened the way to a reinforcement” of Iran-France relations.

Leading a high-ranking political and business delegation, President Rouhani is due to arrive in Paris later on Wednesday. He left the Italian capital of Rome earlier in the day after a two-day visit to the country.

France will be the last station of Rouhani’s tour of Europe, where he is planned to hold meetings with President Francois Hollande and other senior officials. The trip is expected to open a new chapter in business and trade relations between the two countries as officials will strike deals worth billions of dollars.

During Rouhani’s stay in Italy, the two countries signed 14 major contracts worth about USD 17 billion.