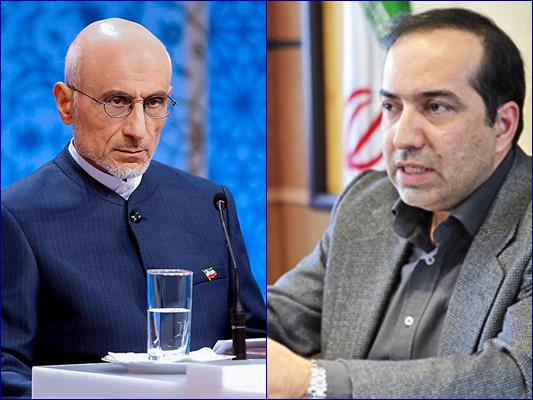 An Iranian official has rejected the remarks by Mostafa Aqa-Mirsalim, one of Iran’s six presidential hopefuls, who blamed President Hassan Rouhani’s administration for its alleged failure to fully approve and implement the law on free access to information.

During the second presidential debate on Friday, presidential candidate Mostafa Aqa-Mirsalim criticized President Rouhani’s administration for its alleged failure to fully approve and implement the law on free access to information.

In reaction, Deputy Culture Minister for Press Affairs Hossein Entezami said although the law of publishing and having free access to information and reports about the government’s performance was passed in 2009, no move was made to implement it in the previous government.

According to Farsi report by the Khabar Online News Agency, Entezami added, “However, three executive regulations of the law were approved and communicated by the incumbent government. In addition, at the order of President Rouhani, a commission was set up for the Article 18 of the law and the necessary regulations were made.”

He said the related directors have been appointed in 90 percent of the state organizations while maintaining their former positions, regretting that, except the government, other organizations have not started full cooperation in the implementation of the law yet.

Entezami noted that the websites of the state organizations have undergone a number of changes to comply with the new law and be able to publish their information on a regular basis.

“In addition to the state-run organizations’ websites, a public website has been designed by the Ministry of Communication and Information Technology to provide people with the information they need.”

The commission for the Article 18 of the law is responsible for dealing with and investigating complaints concerning an organization’s non-cooperation or delay in providing the required information, and will make necessary moves to defend the right of the complainants.