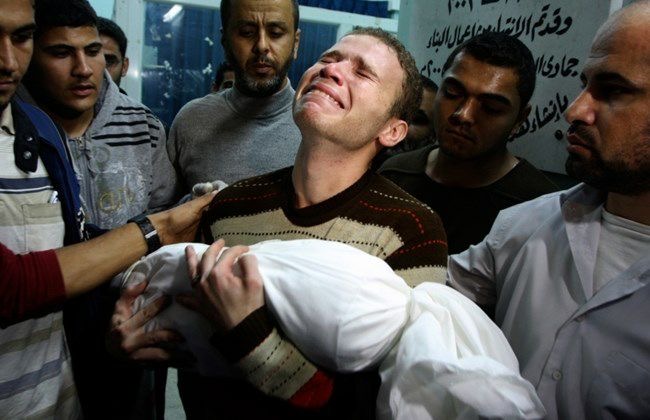 The Iranian president has called on the international community to confront the Israeli regime's atrocities against Palestinians.

In a message to the UN General Assembly on the occasion of International Day of Solidarity with Palestinian People, President Hassan Rouhani urged world countries to counter measures adopted by Tel Aviv, which violates human rights and provisions of numerous UN resolutions.

Rouhani’s message came as a ceremony was held at the UN headquarters in New York attended by representatives of UN member states. The participants condemned the Israeli regime’s illegal moves in occupied Palestinian territories and expressed their solidarity with Palestinians.

“November 29 is a reminder of more than seven decades of occupation of Palestinian territories by the Israeli regime and endless sufferings of Palestinian people and unending tyranny and injustice that the oppressed Palestinian nation is subjected to,” read the president’s message.

“This comes as every day we are seeing more and more aggressive and racist policies and organized crime by this regime, including the annexation plan and killing Palestinian people and the continuation of sanctions against the people of Gaza in breach of human rights amid the coronavirus pandemic and Palestinians being denied access to the minimum medical requirements and health assistance,” the message also read.

The president also expressed regret over Israel’s expansionist policy by constructing more and more Jewish settlements on the West Bank and East al-Quds, ethnic cleansing of Palestinians and the cruel blockade of the Gaza Strip.

He criticized the international community for failing to take “effective action” to end this tragedy and restore Palestinians’ rights.