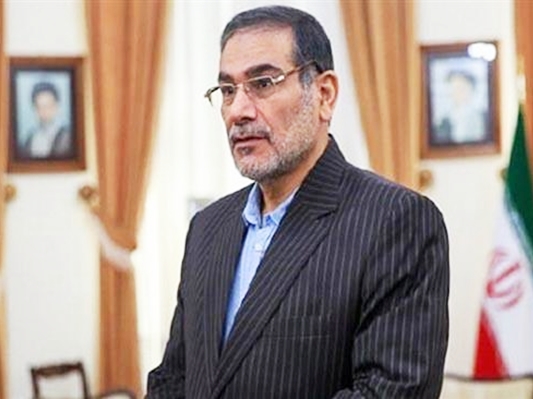 Iran’s top security official Ali Shamkhani says the return of stability to Syria and Iraq has worried the Israeli regime, as calm in the two countries would allow attentions to be drawn to the Palestine conflict.

“The return of security to Syria and Iraq is an alarm that the golden security of the Zionist regime is about to end,” Secretary of Iran’s Supreme National Security Council Shamkhani said on Sunday.

This will once again turn the issue of Palestine into the top issue of the Muslim world, he was quoted as saying by Fars News Agency.

The official said the recent escalation in Israeli violence against Palestinians results from anger among Israeli leaders whose plans to provoke infighting among Muslim countries have failed.

Since March 30, at least 120 Palestinians have been killed and thousands more injured by the Israeli army’s gunfire near the Gaza-Israel border fence.

“The increase in Israeli violence against the oppressed people in Gaza and the West Bank is a reactive response to the defeat of the plan to use Takfiri terrorists to provoke clashes in the Muslim world and deplete resources of Muslim countries,” Shamkhani said.

Takfiri terrorists are hardliners inspired by Wahhabi ideology who believes followers of some Islamic sects, including Shiite, are apostates punishable by death.

Wahhabism is the trademark of lots of terrorist groups operating in the Middle East, including ISIS.

Iran says ISIS was created under a plot by Israel, the US and their allies to disintegrate West Asian countries and protect the Israeli regime.

The liberation of last cities under ISIS control in Syria and Iraq late last year effectively marked an end to the self-proclaimed ISIS “caliphate”, established in 2014, after the Syria-based terror group captured large swathes of Iraq in a lightning offensive.

The end of ISIS, along with a significant drop in violence in Syria thanks to a December 2016 ceasefire, has raised hopes that a solution to the conflict will be soon in sight.

Earlier this year, Syrian government forces managed to drive militants out of all territories near the capital Damascus.

Practicing Muslims Won’t Negotiate with Israel
Shamkhani further rejected media reports that Iranian officials have held a meeting with Israeli intelligence agents in the Jordanian capital Amman, describing it as a “baseless” rumour aimed at legitimatizing the Israeli regime and weakening the will of resistance movements fighting the regime.

“A believing Muslim who always sees himself before God will by no means be ready to sit for talks with Zionists who are a symbol of impurity and absolute evil,” he said.

On Sunday, London-based Arabic-language news outlet Elaph, which is owned by a Saudi businessman, quoted a “participant” at the alleged meeting as saying that Iran’s ambassador to Jordan, along with several Iranian security officials, had met with Israeli intelligence agents in Amman.

According to Elaph, the two sides agreed at the meeting that Hezbollah and other resistance forces would refrain from taking part in any future conflict between the Syrian government and militants near the Jordan-Syria border.

The report came amid calls by Israel that what it calls “Iranian forces’ should be kept away from its borders with Syria.

This is while Iran and Syria have denied the claim that Iranian forces are operating in the area.

Russia said last week that only Syrian army troops should be on the country’s southern border with Jordan and Israel.

Shamkhani said on Saturday Iran supports a Russian-led effort to impose Syrian government control over the south of Syria.

“We strongly support Russian efforts to drive terrorists out of the Syria-Jordan border and to bring the area under Syrian army control,” Shamkhani told the Shargh daily.