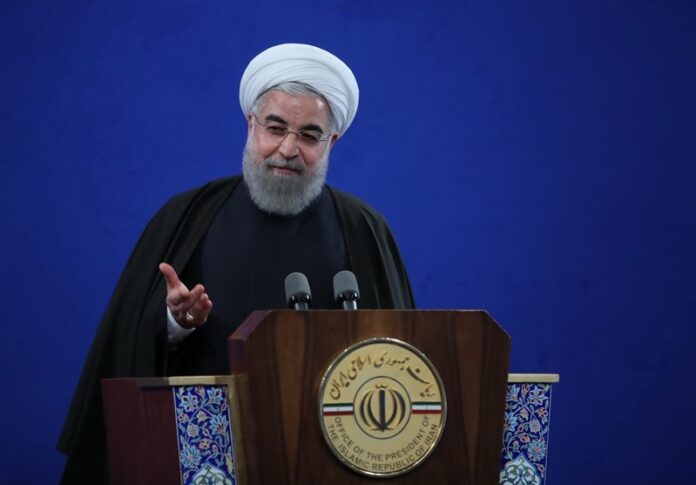 Iranian President Hassan Rouhani, who won a second term in office in the presidential polls held on Friday, said establishing security in the region will be possible through enhancing democracy and respecting people’s votes.

“The path to providing security in the (Middle East) region runs through enhancing democracy and respecting the votes of people not relying on foreign powers,” the president said in a televised speech on Saturday following his election victory, in an apparent reference to despotic regimes in the region backed by trans-regional powers.

Rouhani further thanked the Iranian people for their massive participation in the Friday polls, describing the high turnout as an “epic”.

He added that the winner of the election is “the great Iranian nation” and the country’s Islamic and democratic structure, freedom, independence and national sovereignty.

Rouhani also underlined that he is “the president of the entire Iranian nation, even those who have opposed my policies”, extending a hand of help and friendship to all of the country’s people.

Rouhani won Friday’s presidential election by securing an absolute majority of the votes.

With the votes from 99.7% of ballot boxes in the nationwide presidential election counted, Rouhani emerged victorious and secured a second term by winning 57 percent of the votes, Interior Minister Abdolreza Rahmani Fazli announced at a press conference on Saturday.

More than 56,400,000 Iranian people were eligible to vote. Participation of above 41 million voters translates into a turnout of 73 percent.

During the previous presidential election in June 2013, Rouhani had emerged victorious by winning 50.7 percent of a total of over 36 million votes. He had won more than three times as many votes as his closest challenger.