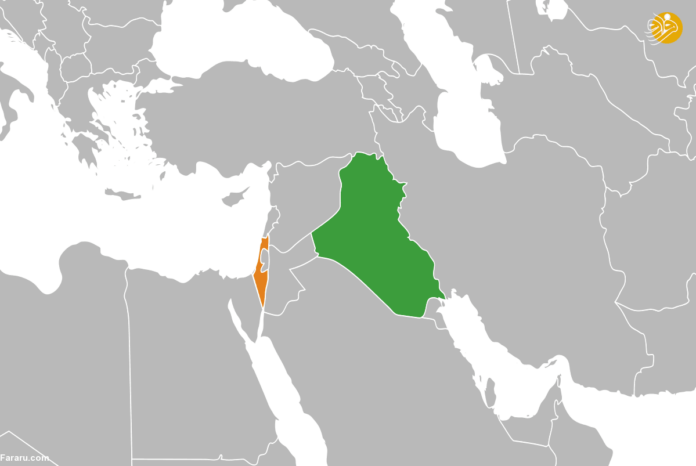 The news of the visit of three Iraqi delegations to Israel last year, issued by the Israeli Ministry of Foreign Affairs on its Twitter account, has sparked controversy.

The Iraqis are shocked by this news and are calling for questioning the lawmakers whose names appear on this list. They have also called on the Iraqi government and the ministry of foreign affairs to investigate the case thoroughly.

The Israeli Ministry of Foreign Affairs published the news exactly at a time that Tel Aviv wants compensation for Jews in 7 Arab countries. The compensation would total overall 250 billion dollars with different sums to be paid by various countries including Iraq, Morocco, Syria, Egypt, Yemen, etc. Libya will be reportedly asked to pay 15 billion dollars.

At first, the Iraqi Parliamentary Commission on Foreign Relations announced that it would launch an investigation into the credibility of Israeli sources’ claims regarding the visit of Iraqi delegations to Tel Aviv, where a number of parliamentarians were present.

Iraq’s deputy parliamentary speaker demanded a probe to identify those who crossed a “red line.” First Deputy Speaker of Parliament Hassan Karim al-Kaabi in a statement called for “an investigation… to identify those who went to the occupied territory, particularly if they are lawmakers.”

“To go to the occupied territory is a red line, and an extremely sensitive issue for all Muslims,” the statement said.

Israel’s Foreign Ministry said the 15 Iraqi visitors were “influential Shiite and Sunni personalities in the country,” but did not give names. The ministry said the Iraqi travelers had visited “Israeli officials and universities,” as well as the Holocaust memorial in Jerusalem.

Meanwhile, other Iraqi officials claimed that the visit did not take place at all. The New Arab claimed that an unnamed Iraqi cabinet official had told the newspaper in a phone call yesterday that the claim of a visit was “misleading”. The source added “the information we have asserts that no one has left Iraq to visit the Zionist entity.” He said they were Iraqi citizens living outside of the country who have citizenship of the United States or Europe.

He stressed that none of these officials went to Israel with an Iraqi passport and could not go because on the Iraqi passport has written that “the holder of this passport has no right to travel to the occupied territories.” He said that Iraqis living abroad with foreign passports may have taken part in activities organised in Israel and that the only Iraqi who traveled to Tel Aviv using an Iraqi passport was Nobel laureate Nadia Murad who addressed the Knesset last year and faced widespread criticism from the Iraqi people.

The Iraqi official also underlined that the government is seeking to investigate the activities of companies and institutions in Kurdistan alleged to be in contact with Zionist institutions.

Though the identities of the visitors were not revealed, on Monday Israeli media said that delegates “were not from Iraqi Kurdistan […] but rather from Iraq proper — that is, Baghdad”.

Cohen argued that Iraqi delegations discussed three issues with Israeli officials: 1. The withdrawal of Iranian forces from Syria in exchange for the cessation of Israeli attacks. 2. The dissolution of the Shiite parties and the normalisation of the ties between Israel and the Arab states of the Persian Gulf as well as Syria, Iraq and Lebanon. However, Cohen did not disclose the third issue and described it as “non-releasable”.

It is expected that within the next hours and days, new aspects of this issue will be published, especially that the Israeli side claimed the last trip of the delegation was made a few weeks ago.

All this comes as Iraqi Foreign Minister Mohamed Ali al-Hakim said his country supports a “two-state solution” to the Palestinian issue.

Nahida al-Daini, a member of the Foreign Relations Committee of the Iraqi parliament, said the parliament has asked al-Hakim to go to parliament and clarify on his statements about the two-state solution.

Al-Daini said the visit of some Iraqi delegates to Israel will be investigated, and if this is proved, the immunity of the lawmakers will be revoked because they have violated one of the principles of the Iraqi constitution.

Iraq and Israel have never had diplomatic relations, and Baghdad has never recognised Israel at any time.

Iraq has been in a formal state of war with Israel throughout the modern history of the state, and its forces participated in the 1967 and 1973 wars against Israel. In 1981, the Israeli air force destroyed the nuclear reactor Iraq’s president Saddam Hussein had been building at Osirak. A decade later, in the first Persian Gulf War, Saddam fired over 40 Scud missiles into Israel.

Now, the question is that is it possible to imagine a connection between this alleged visit with the forthcoming visit by Iran’s foreign minister to Baghdad, especially that the release of this report created a wave of tension in the ruling coalition and the Iraqi parliament.

In the last couple of years, especially after Mohammed bin Salman’s accession to power in Saudi Arabia, who is clearly seeking to normalise Arab-Israeli ties, Israel has been trying to isolate Iran in its strategic policy of supporting Palestine and resistance.

Experts believe the attempt to reveal the ties between a number of Iraqi politicians and officials with Israelis is a piece of the puzzle of legitimising the occupation of Palestinian territory.