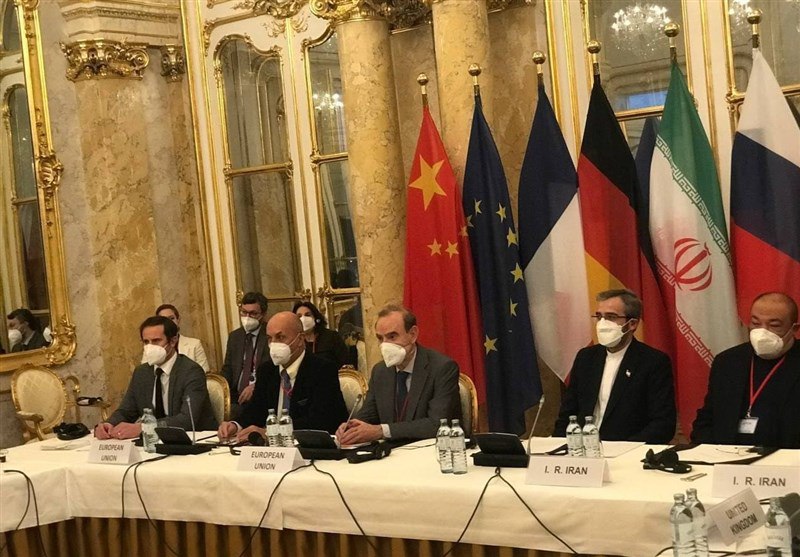 Iran’s Tasnim News Agency reports that the Islamic Republic and the P4+1 group of countries are going to resume their negotiations in Vienna on Thursday.

During the recent round of the Vienna talks, Iran’s Deputy Foreign Minister and chief negotiator Ali Bagheri and EU Deputy Foreign Policy Chief Enrique Mora finalized the date on which the talks aimed at removing the anti-Iran sanctions will restart.

Meanwhile, Ali Bagheri, who is Moscow for talks, has met with his Russian counterpart Sergi Ryabkov at Russia’s Foreign Ministry.

Iran’s Ambassador to Moscow Kazem Jalali was also present in the meeting.

Bagheri and Ryabkov reviewed the latest round of talks between Tehran and the P4+1 group, namely Russia, China, Britain, France and Germany.

The two officials underlined the need for continued consultations by Tehran and Moscow over international issues and the Vienna talks.

The latest talks between Iran and the P4+1 ended on Friday. During the negotiations, the Iranian delegation presented two documents to the other side which laid out Tehran’s proposals for the resolution of the deadlock in the Vienna talks.

Iran says one document outlines Iran’s proposals for the removal of sanctions on the country and the other one contains proposals on Tehran’s nuclear activities.

After the drafts were submitted, the P4+1 members went to their capitals for consultations.