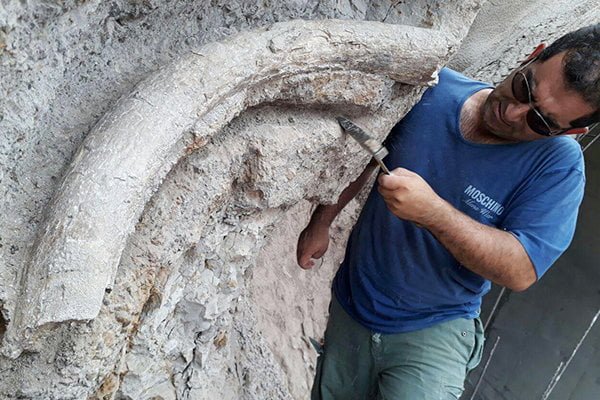 The remnants of two Proboscidean fossils including two elephant tusks have been unearthed in Iran’s northwestern city of Ardabil, said the General Director of Ardabil’s Department of Environment.

Mohammad Khodaparast said the remnants date back to the Miocene, the first geological epoch of the Neogene period, from about 23.03 to 5.333 million years ago. 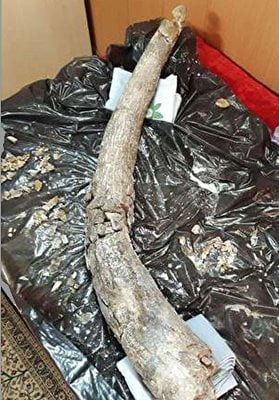 The two fossil pieces were discovered in the site of the Ardabil-Mianeh railroad project, passing through Kowsar town.

The fossils include two one-metre elephant tusks which most likely belong to the Proboscidea from the Miocene with an about 20-million-year history.

According to Khodaparast, the fossil pieces were unearthed during a three-day excavation operation and transferred to the natural history museum of Ardabil province for additional studies.

He also underlined that over the past two years, a number of other fossil pieces have been discovered in the same site and officially registered. They included a number of fossil teeth, jawbone and foot bone remained from various species.

Kowsar is about 80 km southwest of Ardabil.