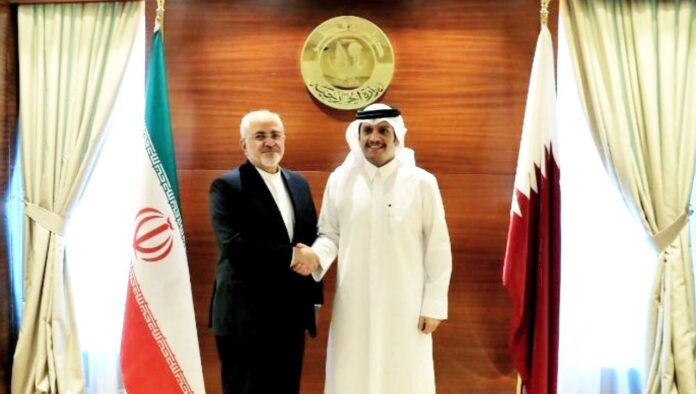 Iran’s Foreign Minister Mohammad Javad Zarif says the security of Persian Gulf must be ensured by its littoral states, not foreign forces whose presence brings nothing but insecurity.

He made the remarks in a meeting with his Qatari counterpart Mohammed bin Abdulrahman in the Arab country’s capital of Doha.

During the Monday talks, Zarif underlined the need for constant consultations on regional developments between the two countries, describing it as a regional necessity.

“Military coalitions are a nonstarter, and foreign forces will cause insecurity in the region,” Zarif said.

The responsibility for ensuring the security of Persian Gulf lies with the countries of the region, not foreign forces, Zarif said, highlighting Iran’s responsibility in maintaining peace and stability in the region.

He also said bilateral relations between Iran and Qatar are growing in all fields, particularly in political and economic areas.

The Qatari foreign minister, for his part, expressed pleasure with Tehran-Doha relations, and underlined the two countries’ role in establishing peace and stability in the region.

He also stressed the need for joint cooperation to reinforce the element of dialogue in order to resolve regional crises.