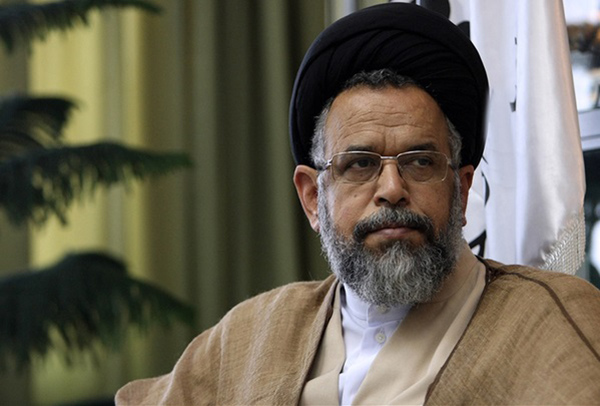 He made the remarks on Saturday on the sidelines of the second edition of an international gathering of Parliament speakers from Afghanistan, Iran, Pakistan, Turkey, China and Russia on fight against terrorism and expansion of inter-regional ties in Tehran.

Referring to the recent deadly attacks on the cities of Ahvaz and Chabahar in southern Iran, he said, “It goes without saying that regional intelligence services as well as the Zionist regime of Israel and the US policies and strategies supporting the terrorist groups play a role in the attacks.”

“Regional authorities should impose their domination on the region through intelligence coverage, so that terrorism could not have any chance to emerge,” he added.

The intelligence chief also lashed out for the US and Israeli support for terrorists, saying that they don’t designate as terrorist any group moving in line with their interests and goals in the region.

In the latest terrorist attack on Iran back on Thursday, a suicide car bomb explosion in front of a police headquarters in the southern city of Chabahar in Sistan and Baluchestan province killed a conscript and an officer, and wounded over 40 others including eight women and five children.

In reaction to the attack, Iranian Foreign Minister Mohammad Javad Zarif condemned it as a foreign-backed terror attack, vowing that the Islamic Republic will bring the perpetrators and “their masters” to justice.

Also in September, at least 25 people were killed and many others injured after a group of terrorists attacked a military parade in Iran’s southern city of Ahvaz.