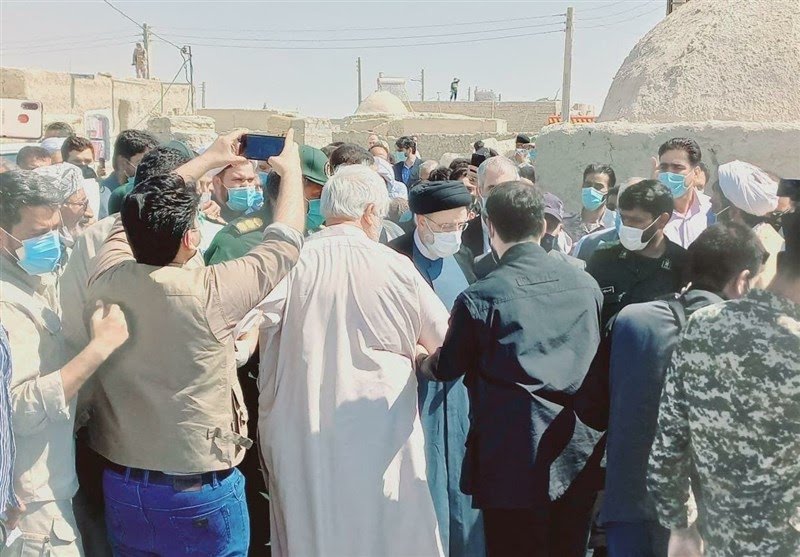 Iranian President Ebrahim Raisi has paid an unannounced visit to a remote village on the border with Afghanistan and held talks with its residents.

On the second day of his visit to the southeastern Sistan and Baluchestan province, the Iranian president listened to the demands and problems of the people in Molla Ali village.

Raisi said the presence of people in the border area contributes to maintaining security there.

“Although we are today facing decreasing rainfall and water shortage, you have shown that through diligence and creativity, you can turn all threats into opportunities,” Raisi said.

The Iranian president noted that he is focusing on water issues during his trip to the southeastern part of the country.

Raeisi touched upon some of the solutions that he deems possible to address water scarcity in the area such as a more widespread use of deep water wells.

The Iranian president also said transferring water through pipelines and canals from the Sea of Oman is another option which is achievable but will take more time.

He went on to describe border markets as an important economic capacity of the area calling on responsible bodies to take measures to help the markets prosper.

“Iran’s borders with its neighbors should be borders of economy, interaction and exchanges to pave the way for the development of border areas, improvement in security and livelihood of people in these areas,” the president added.