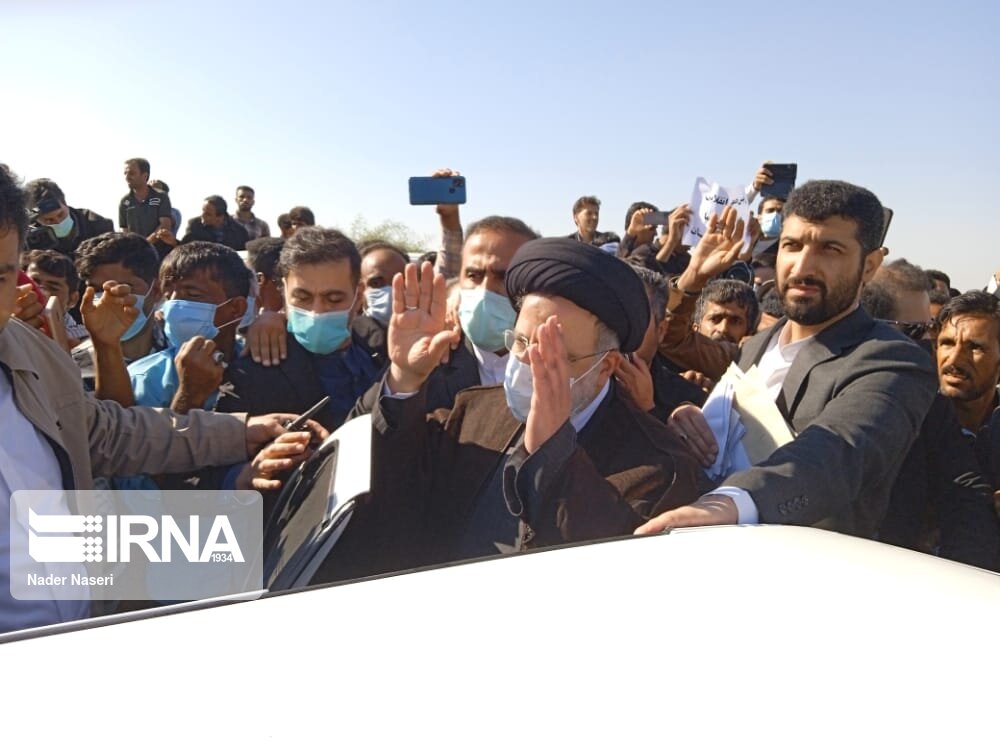 Iranian President Ebrahim Raisi says officials are working to resolve problems in the flood-hit and quake-hit areas of the southern province of Hormozgan.

Raisi made the comment during a Thursday visit to the Hashtbandi and Western Gishan areas of Hormozgan.

Hashtbandi and Tukahur were worst-affected by the flooding that hit the province last week. It damaged infrastructure including water, electricity and telecommunications structures, roads, bridges, residential houses and farms.

Gishan, in Finn area of Hormozgan, was the epicenter of two 6.4-strong earthquakes that hit the province two months ago. The quakes left two people dead and more than one hundred others injured. They also damaged more than 3,500 residential houses.

Raisi is heading a delegation of 17 of his ministers and vice presidents on a two-day visit to Hormozgan Province.