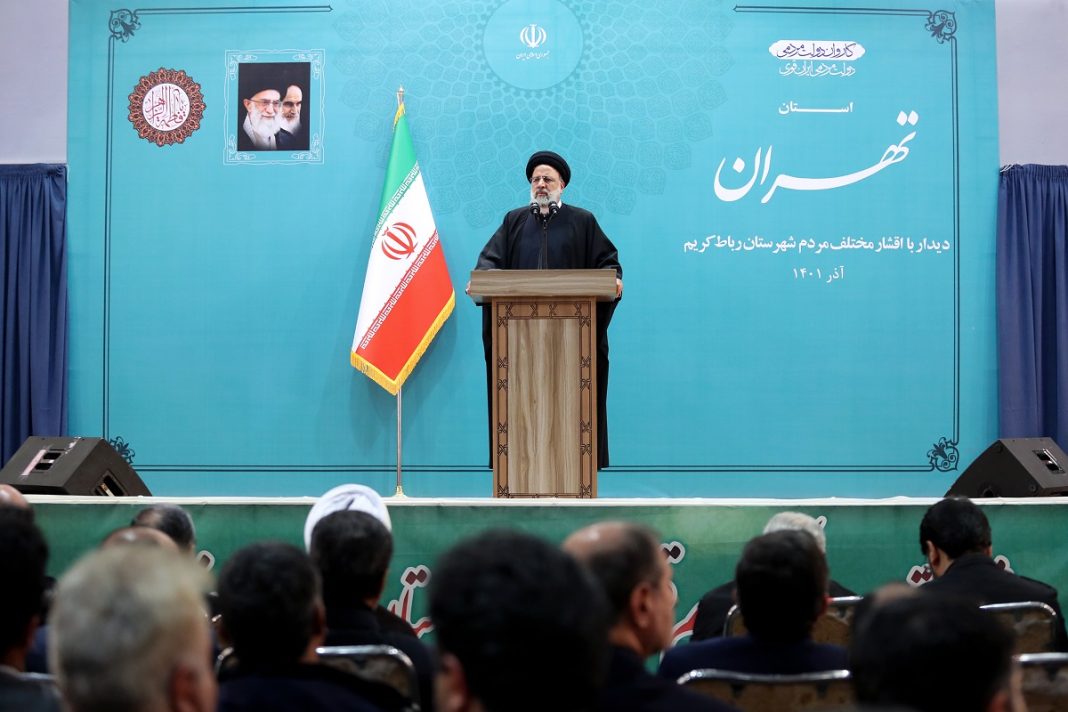 President Ebrahim Raisi says the Iranian people will not be deceived by empty slogans for “freedom” and will never allow any threats against the independence, the real freedom and the Islamic Republic system in their homeland.

In a speech to a group of people on Thursday, Raisi said the Iranian nation had already found its freedom thanks to the 1979 Islamic Revolution, which toppled the Pahlavi monarchy, a US puppet regime, from power in the country.

He cautioned everyone against the parties that use “very beautiful words” to disrupt order in the society, divide the people, and target their faith.

“Certain parties want to stop hardworking, education-loving and socially-active youth from their activities, prevent producers from doing their jobs, and [in general] act to block the society from achieving growth and excellence,” he said.

Addressing arrogant powers and their partners, the president said, “Your presence in the region disrupts the people’s calm and livelihoods, no matter in what position you are and no matter what beautiful slogan you have,” he said.

He was referring to a wave of protests that broke out in Iran in the aftermath of the death of an Iranian woman in police custody. Using the unrest as a cover, rioters and thugs engaged in deadly acts of violence and vandalism.

Those involved said their actions were in support of the women’s rights under the slogan of “women, life, freedom.”