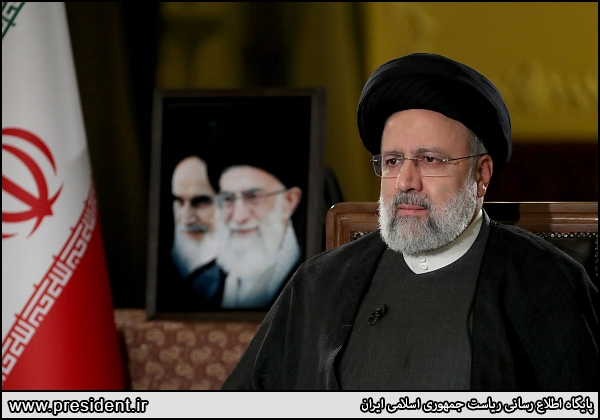 Iranian president Seyyed Ebrahim Raisi said the lifting and neutralizing of the anti-Tehran sanctions is a top priority for his administration.

In an interview with the national TV on Sunday night, President Raisi said a taskforce has been formed to neuter the bans.

He added that at the same time, his administration is pursuing the removal of the sanctions but it will not tie the budget of the next fiscal year and Iran’s economy to them.

Raisi referred the Vienna talks last week that are aimed at removing the anti-Iran sanctions. He said the Western governments thought that Iran would not participate in the talks or would not negotiate, but we put forward two documents during the Vienna talks.

Raisi also thanked all Iranians for their help with the vaccination campaign to contain the Covid outbreak in the country.

He said before the vaccination drive gathered steam, people searched for vaccines to get inoculated, but now authorities are after people to inoculate them.

Raisi also expressed pleasure at the downward trend in Covid deaths and infections in Iran. He said 100 days after his oath-taking as president, over 100 million doses of vaccine have been administered to people in Iran.

The president however urged people to observe health protocols so that Iran will avert another wave of Covid.

Elsewhere, Raisi referred to his administration’s efforts to boost ties with other countries, especially neighbors. He said since his visit to Tajikistan several weeks ago, trade with the country has increased by three hundred percent. The president added that after the Shanghai Cooperation Organization summit, the government instructed economic activists to take action to use the capacity of the SCO members to the full.

According to Raisi, during his first days in office, Iran renewed relations with Turkmenistan and signed a gas swap deal with the country, which can resolve Iran’s gas shortages.

The president said his administration’s foreign policy is to have active and maximum relations with neighbors and other world countries.

Raisi said he held in-person meetings and telephone conversations during his first days in office in which he declared Iran’s readiness to develop ties in all areas with the world.