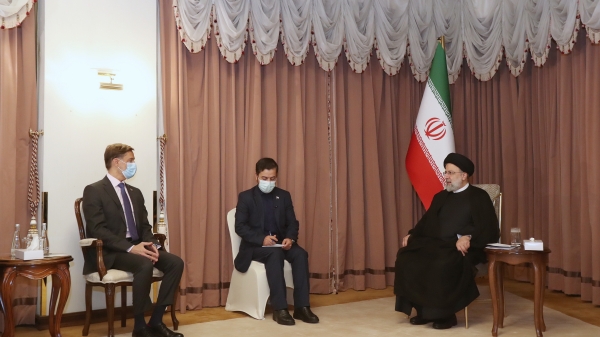 Iranian President Ebrahim Raisi has said Venezuela will prevail in its struggle against imperialist powers as it has withstood enormous pressure and sanctions by relying on its people.

Raisi was speaking with Venezuelan Foreign Minister Felix Plasencia Gonsales on the sidelines of the Gas Exporting Countries Forum, GECF, in Qatar.

He said the world is now witnessing the situation is improving in Venezuela.

Raisi added that Iran plans to expand cooperation with Venezuela in various fields, announcing, “We are ready to stand by the people of Venezuela and help change the economic situation in the country.”

He noted that the US thought Latin America would be its backyard, but today, to the contrary, the countries of this region have become one of the biggest obstacles to US hegemony.

“The relationship between our countries is a strategic one that must be pursued vigorously and the agreements between us should be implemented as soon as possible’, he added.

The president said his administration will pursue ties with Latin American countries more vigorously than the previous governments.

The Venezuelan foreign minister for his part said the US wants all countries to abide by its demands, but the Venezuelan people will stand up to this bullying. Plasencia stressed his country’s willingness to further strengthen relations with Iran.

In this meeting, a memorandum of understanding was signed on technology transfer and joint cooperation in the field of oil and gas between Iran and Venezuela.