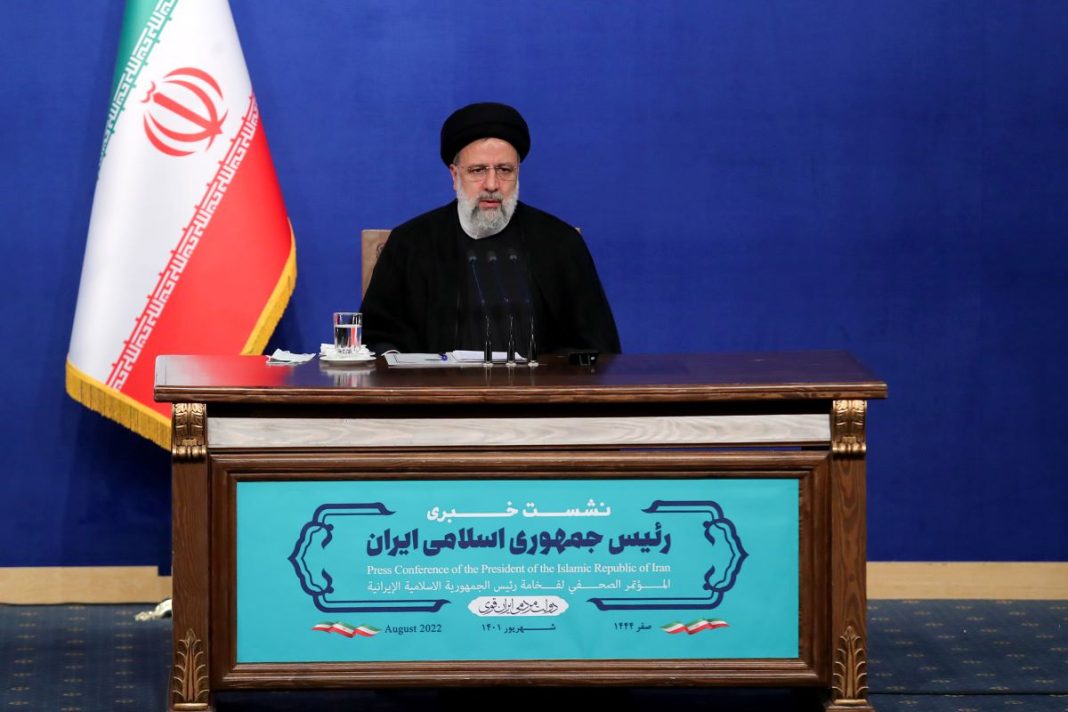 Iranian President Ebrahim Raisi says his government is focused on domestic potential rather than other countries to solve existing problems, stressing that foreigner will solve none of Iran’s problems.

Raisi said in a news briefing on Monday that foreigners have helped no country solve its problems, noting that everyone should rely on national capabilities and domestic workforce to advance things.

The president added that this calls for avoiding a delay in national planning until other countries change their viewpoints of the Islamic Republic.

Raisi also addressed the relations with China, saying bilateral ties are completely independent from the global issues and that both countries are determined to expand their relations.

The president added that Iran is now a member of the Shanghai Cooperation Organization and its membership will be officially announced during the regional economic bloc’s future meeting in Uzbekistan.

He added that work on relevant documents has been completed and work is also underway on certain topics that need approval.

The president said the government is advancing the removal of sanctions and their offsetting simultaneously.

He said part of the blocked assets of Iran have already been released and the government is adhering to the negotiations to end the cruel sanctions.

Raisi said, however, that all issues with the International Atomic Energy Agency concerning the nuclear safeguards must be resolved before any deal for revival of the 2015 nuclear agreement.

The president also said the volume of Iran’s exports clearly show the country does not recognize any restrictive measures imposed from outside.

At the same time, he said, Iran is seriously seeking to offset sanctions and has not back down on national interests and will not do so in the future.

Iran does not seek to have nukes

The chief executive also reiterated Iran’s stance that nuclear weapons have no place in its defense doctrine and is banned by the faith according to a fatwa by the leader of the Islamic Revolution.

Raisi said nuclear knowhow is used in such industries as pharmaceuticals and agriculture, stressing that the knowledge is now indigenized in Iran.

He added that access to nuclear knowhow is a right of the Iranian nation and no one can deprive the nation of its right.

According to the president, no step by Israel or arrogant powers would halt Iran’s advancement in nuclear industry.

According to the president, Israel never wanted Iran to have access to nuclear knowhow and its threats will also lead nowhere.

He further questioned the regime’s ability to rival Iran militarily.

“Years ago, Israel could overcome the stones Palestinian people used [as weapons], but is the regime able to overcome their precision-strike missiles?” he asked.

“If they were able to counter [Iran], why did they resorted to the cowardly assassination of martyr Soleimani?” he added.

Raisi further warned that Israel may not find an opportunity “to even take action, after deciding to threaten Iran”, saying nothing may remain of the regime to make a move against the Islamic Republic.

Raisi also said the people of Yemen have stood up against aggressors for seven years and are now seeking a truce.

He said Iran supports the people of Yemen in their decision to seek a ceasefire.

The president further underlined that Iran believes contact between Israel and some regional counties will not bring them security.

He said those who seek normalization with the regime should be accountable for the lives of Palestinians killed by Israel.

Raisi stressed that agreements with the regime will not eliminate rightsof Palestinians.

The president also said continuation of negotiations between Iran and Saudi Arabia will hinge on Riyadh fulfilling its obligations.

Raisi also answered a question on his upcoming visit to New York and whether he will be ready to meet with US President Joe Biden and whether he sees any prospect for improvement of ties with the US.

Raisi roundly rejected any possibility of a meeting with Biden stressing that such a meeting will have no benefit whatsoever for Iran.