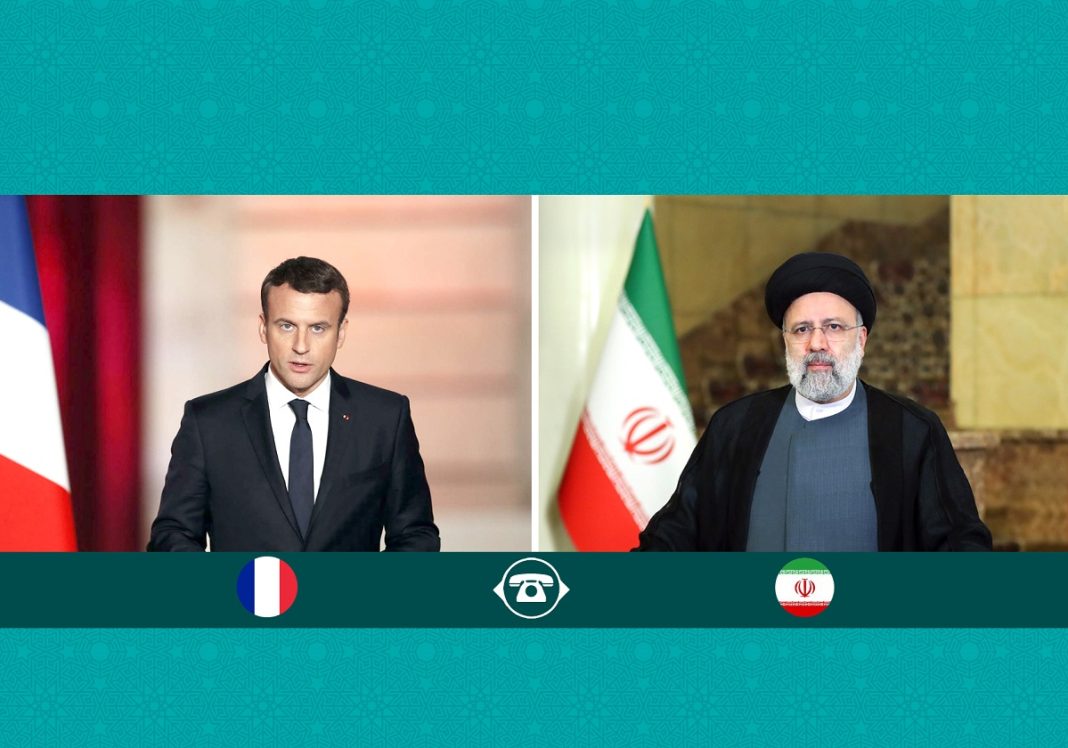 Iran’s President Ebrahim Raisi, in a phone conversation with his French counterpart, said reaching any nuclear deal is contingent upon full resolution of safeguards issues and provision of necessary guarantees including Iran’s enjoyment of economic benefits of the agreement.

President Raisi also called for continued genuine adherence of all sides to the nuclear deal.

Raisi and Emmanuel Macron were speaking in a phone conversation that lasted 120 minutes.

President Raisi said that the US sanctions on Tehran are to the detriment of the global economy.

Raisi however said Iran’s economic and political cooperation with other has increased considerably.

Raisi further described the recent IAEA resolution against Iran, that was drafted by the US, France, Germany and Britain, as being aimed at pressuring the Iranian people, saying the move damaged political trust.

Raisi and Macron also explored ways of strengthening cooperation and held talks about regional and international developments as well as global challenges such as energy and food security.

Raisi said if Iran had not fought against terrorism and had not protected the territorial integrity and sovereignty of regional countries, Daesh would have declared a caliphate in Europe.

President Raisi noted that all problems in West Asia must be solved by regional countries and any foreign interference will only threaten security and stability in the region.

The Iranian president reaffirmed Iran’s opposition to war and renewed Tehran’s readiness to help end fighting in Ukraine and resolve the disputes there through political dialog.

The French president also underlined Iran’s role in realization of political processes in the region.