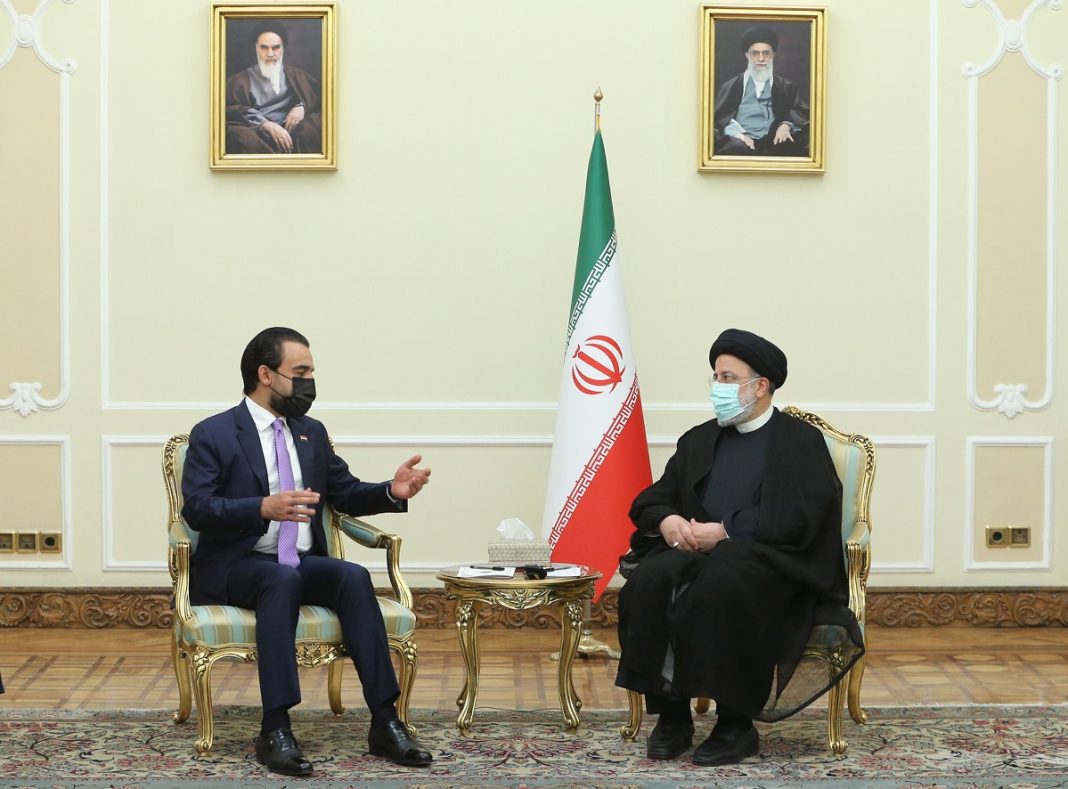 Iranian President Ebrahim Raisi said on Wednesday that the new Iraqi parliament can play an effective role in the economic and social synergy of Iran and Iraq as before.

President Raisi made the remarks in his meeting with Iraqi Parliament Speaker Mohammed al-Halbousi on Wednesday.

Referring to the long history of Iran-Iraq’s friendship and neighboring, President Raisi stated that Iran has a serious will for the comprehensive development of relations and no factor can disrupt the deep and friendly relations between the two nations, adding that Iran and Iraq have been friends during each other’s difficult periods.

Congratulating the Iraqi parliament speaker on his re-election, the Iranian President expressed hope that Iraqi parliament members would pave the way for the promotion of Iraq’s comprehensive relations with neighboring states, especially Iran.

The President called on the Iraqi parliament to pass the required laws to prevent the formation of factors that threaten the security of neighbors and disrupt the stability of the region.

Describing the cohesion and unity of the various ethnic groups in Iraq as the key to the country’s success, President Raisi stated that creating divisions between or within religions and ethnicities will lead to the enemy’s infiltration and sacrificing the interests of states.

Al-Halbousi, for his part, stressed the need for expanding Tehran-Baghdad cooperation, adding that the members of his accompanying delegation are representatives of different ethnicities, religions, and groups, and their presence means expressing the interest of all Iraqis in strengthening friendship with Iran.