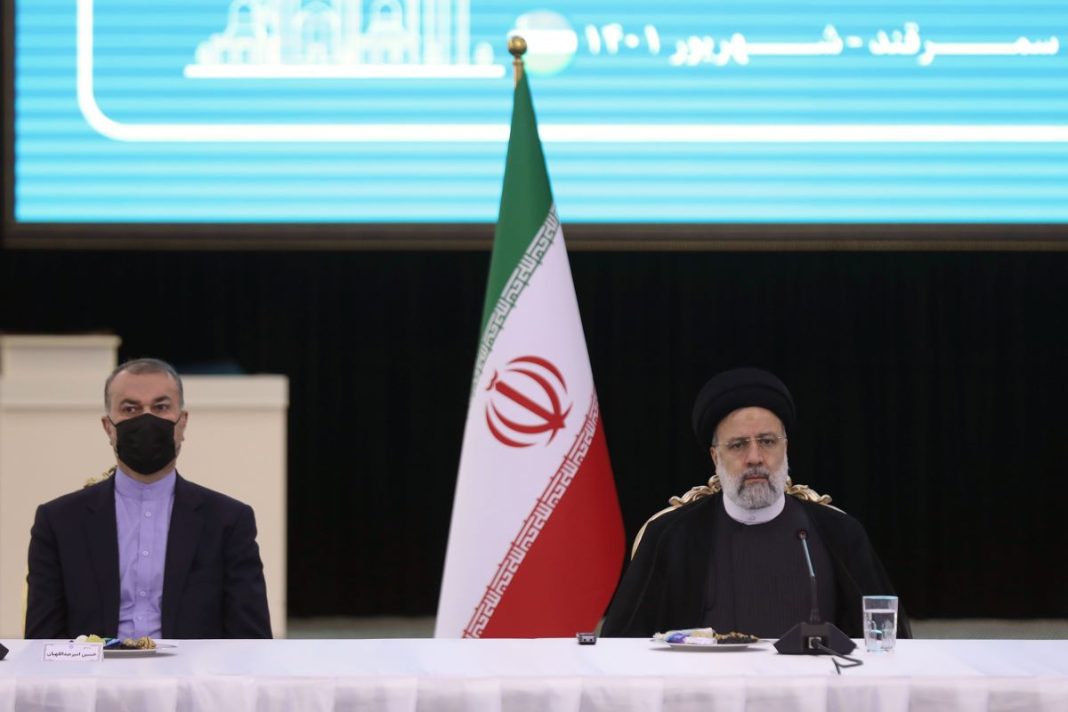 He made the comment in a meeting with Iranian businesspeople in Uzbekistan on Thursday.

Raisi noted that Iran wants interaction with the whole world but it’s counting specifically on neighbors.

He then underlined the need to facilitate financial transactions between Iran and Uzbekistan, saying the Iranian Central Bank and Saderat (Exports) Bank must remove obstacle to such transactions as soon as possible.

He said Iran and Uzbekistan aim to increase trade and economic relations fourfold.

Raisi added that in the meeting with his Uzbek counterpart, the two underlined the need to expand bilateral relations.

He also said Iran is not pleased with the level of economic and trade ties between the two countries and the relations must be strengthened.

Raisi then referred to the US sanctions against Iran and their failure. He said despite that the bans were massive, Iran turned them into an opportunity.